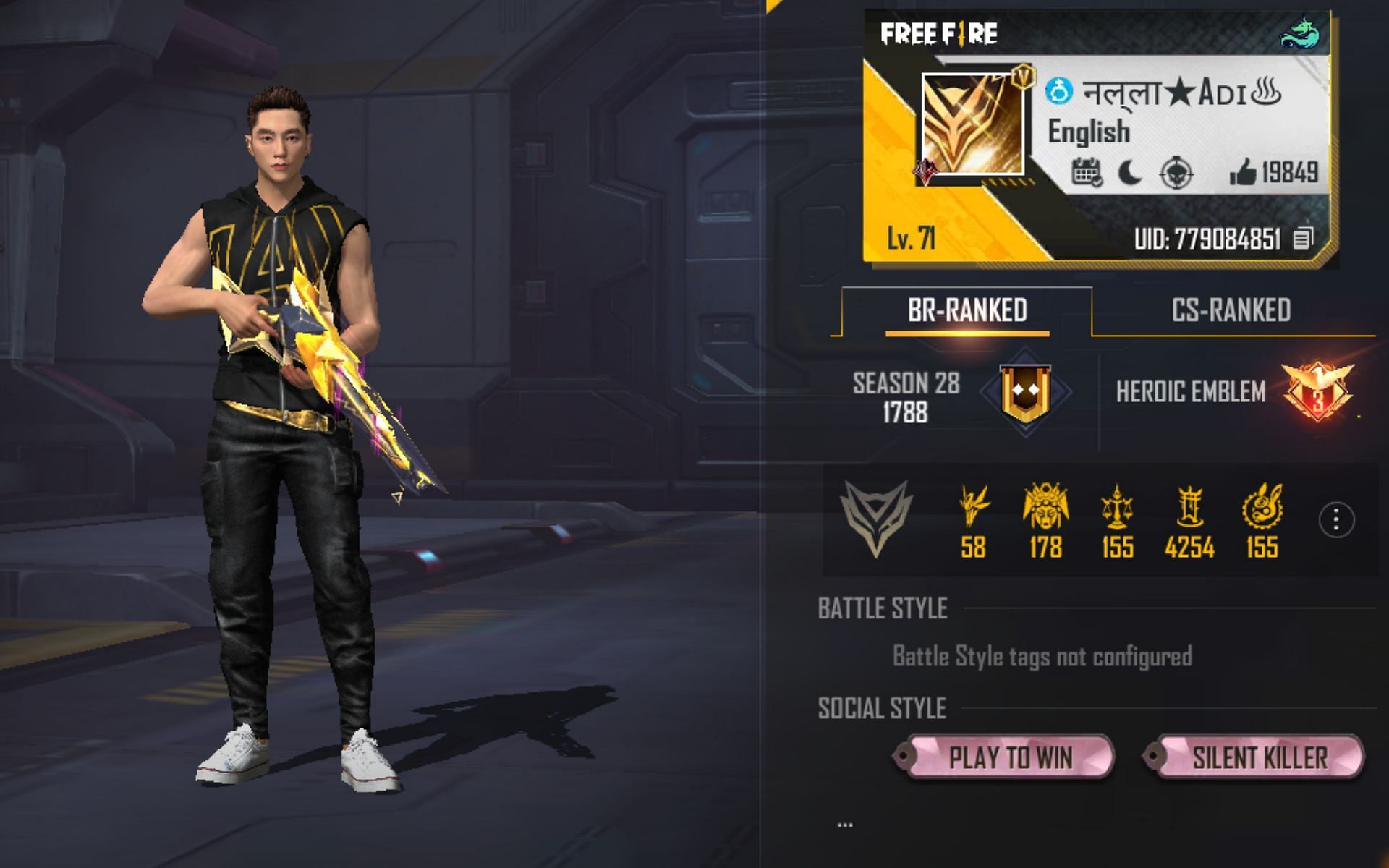 Atharvaditya Singh Rao, better known in the Free Fire community as Aditech, is one of the most popular gaming content creators on YouTube. The youngster from Rajasthan is an inspiration to many players, and his age hasn’t been a barrier to his success.

The player already has more than 7.4 million subscribers on his main channel. He also uploads vlogs to his second channel, Gaming Logger, which has 612,000 subscribers.

To note: Free Fire is banned in India and players in the country should avoid playing the battle royale title. The images and statistics used in the article were taken from the MAX version, which was not on the list of banned applications.

What is Aditech’s Free Fire ID?

Aditech’s Free Fire ID is 779084851, and the user is ranked Gold 2 in BR-Ranked mode and Silver 1 in CS-Ranked mode. It has the following stats in the Battle Royale title:

Other than that, he went one team match to record just one kill with a K/D ratio of 1.

He hasn’t played any ranked duos match yet.

Note: Player stats were recorded on July 5, 2022 and will change as they play more games in Free Fire.

Aditech has been creating Free Fire content for about three years. The player has uploaded over 400 videos which garnered 695 million views.

In 2021, the content creator saw a surge in viewership. Aditech started the year with less than a million subscribers but ended it with over 4.7 million. This number has snowballed and the player will soon reach the 7.5 million subscriber mark.

Child tax credit payments: If you live in these states, you could get more money