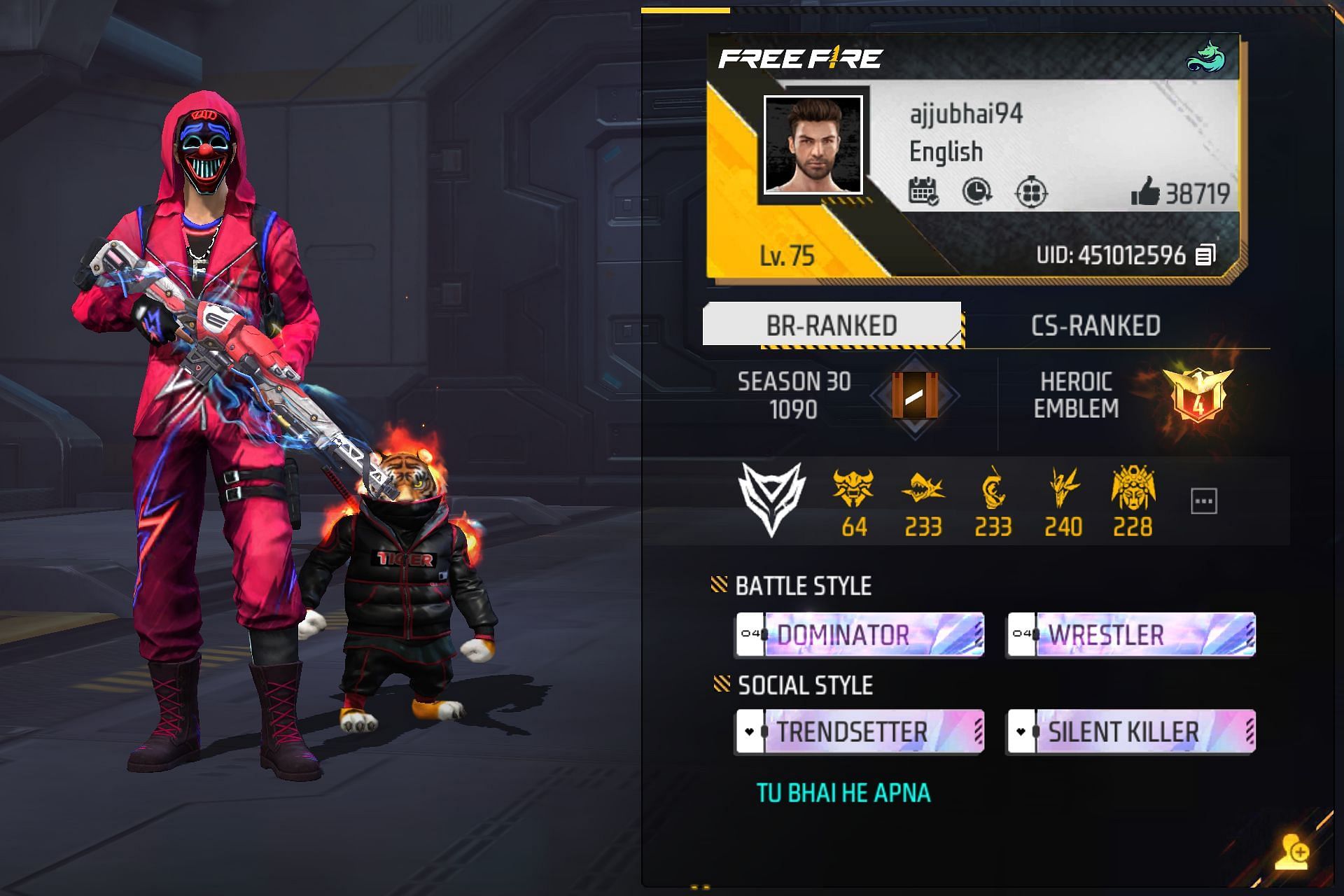 Ajay, also known as ajjubhai, is perhaps the most famous Free Fire content creator in the world. Total Gaming’s YouTube channel currently has 33.8 million subscribers, the highest of any content creator for this Battle Royale game.

Leveraging the popularity of his home channel, he runs several other channels that have large audiences, including Ajay Verse, Ajjubhai, TG Highlights, and Total Gaming Shorts. His official Facebook page has over five million followers and his Instagram account has over 3.3 million followers.

Ajjubhai’s Free Fire ID is 451012596. His stats in the Battle Royale title are as follows:

Total Gaming has only appeared in one team game this season and has collected five frags, attributing to a K/D ratio of 5. He has four headshots, adding to a headshot rate by 80%.

Note: Ajjubhai’s stats are subject to change as he appears in more battle royale matches.

Ajjubhai is the leader of the Total Gaming guild in Free Fire, whose ID is 62710265. He acquired the Bronze rank in the BR-Ranked season and was Diamond 1 in the CS-Ranked season.

Ajay started the Total Gaming YouTube channel in December 2018 and focused on Free Fire as the source of his content. There hasn’t been a look back since, and the content creator has over 1,900 videos on the channel.

Note: Free Fire is banned in India and players are not advised to play the Battle Royale title. The images and statistics used in the article are taken from the MAX version.