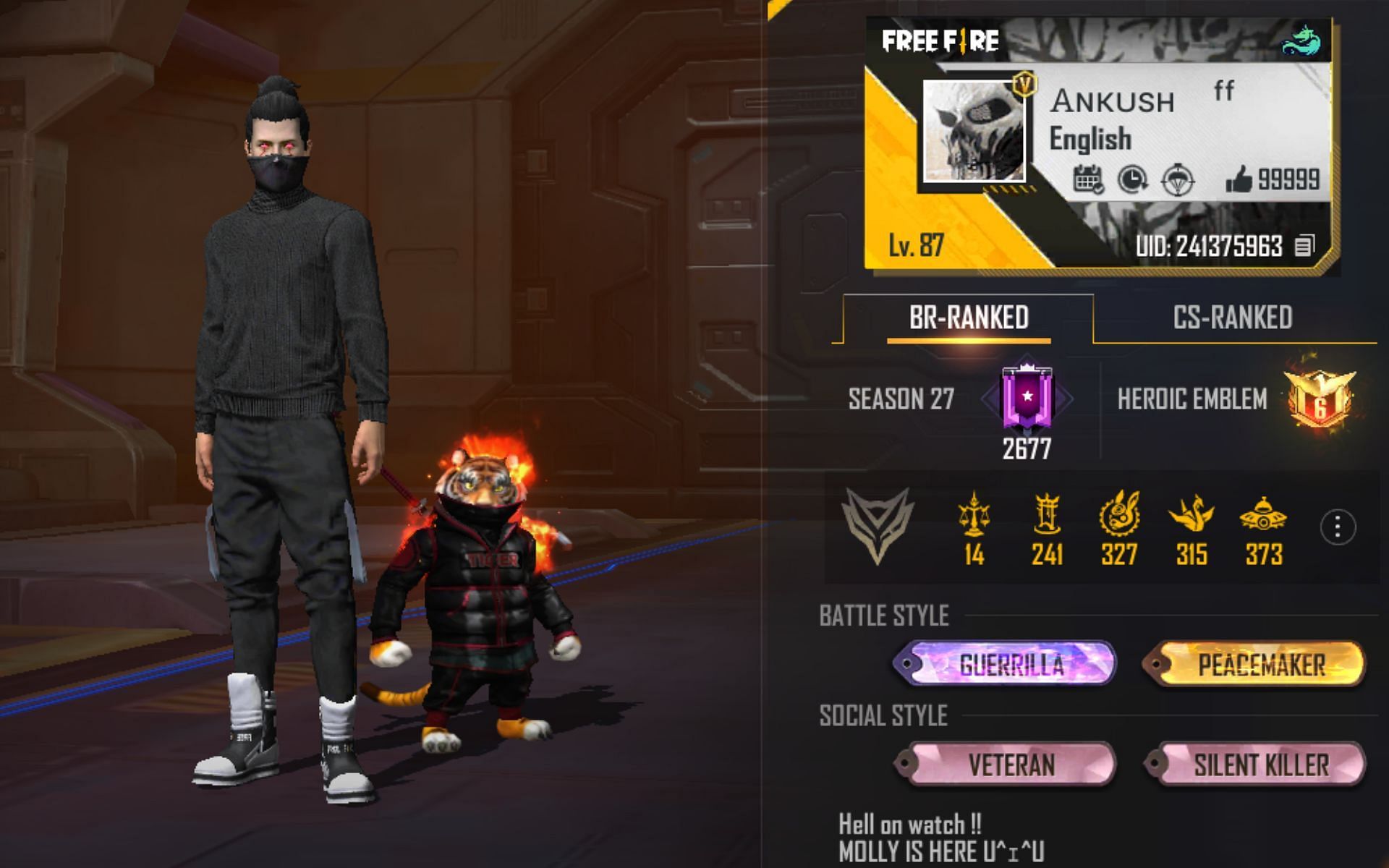 In the field of content creation, several outstanding Free Fire players have made a name for themselves with their excellent gameplay. In recent years, Ankush Tripathi has also enjoyed substantial success thanks to his unique style of play.

Note: Due to government imposed limitations, Indian users are requested not to play the Battle Royale title. They can play the Free Fire MAX version, which is not banned in the country.

Ankush FF’s Free Fire ID is 241375963. The player has accumulated the following stats in the Battle Royale title:

Ankush FF has made 12 team match appearances in the current Free Fire ranked season, winning three matches with a 25% win rate. The Content Creator has 17 kills, giving a K/D ratio of 1.89.

He hasn’t played any solo or duo ranked games yet.

Note: Ankush statistics were recorded on May 6, 2022 and are subject to change.

Ankush FF launched its current channel in April 2021 and has already amassed a large following. The player has constantly uploaded videos and his channel has over 280 videos, which have totaled 113 million views.

Ankush received over 3.557 million views in the previous month alone.