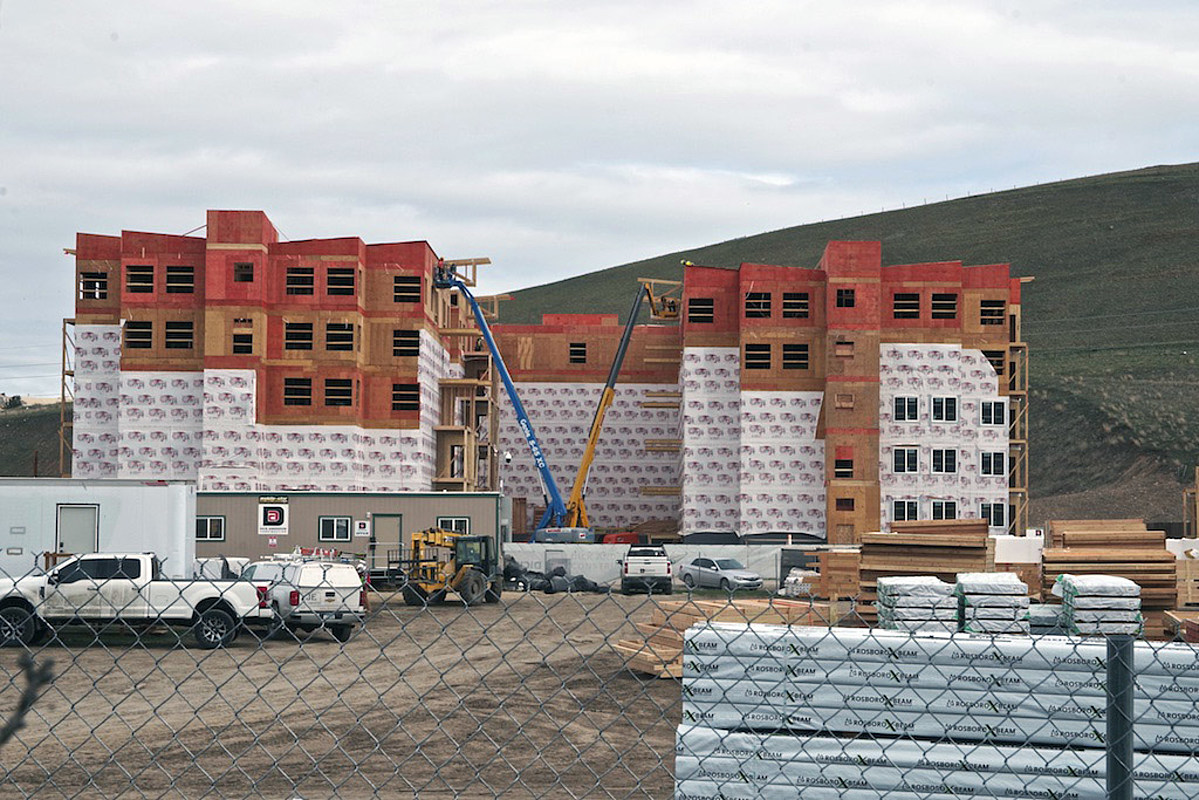 When Missoula’s late Mayor John Engen presented his executive budget earlier this year, he warned that finances were tight while the city’s list of needs was long.

As proposed, the city’s budget of approximately $270 million will cover the basic cost of running local government, from police and fire to roads and employees. It will also continue to fund various social programs, although some demands are unlikely to be met this year.

While the proposed budget will raise taxes on property owners to correct what the city has described as a fiscal imbalance, some city council members sought Wednesday to add additional spending as the process of crafting the new budget enters the 11th hour.

Council member Daniel Carlino proposed the most potential amendments, including funding a number of applications at their full amount. This included a request for $300,000 for the city’s climate action program and an additional $600,000 for the Affordable Housing Trust Fund.

As it stands, the current budget seeks to contribute $250,000 to the trust fund.

According to the city’s Office of Community Planning, Development and Innovation, which submitted the request, an additional $600,000 would be helpful in the short term, although the trust fund will remain strong in the long term.

“We are in a delicate situation with the Trust Fund, where we have identified a number of important sources of income, although they have not yet materialized,” said Eran Pehan, director of the planning department. . “It’s largely a matter of timing.”

Engen created the Trust Fund two years ago to create a tool where the city could be “more intentional” in meeting some of its housing efforts.

“There are a lot of funding sources that will come in,” said acting mayor Gwen Jones. “It’s about watching the long game. Investments that will be applied to these trust fund projects will provide long-term, restricted-deed housing. It’s moving slowly, but it’s creating real long-term solutions.

When asked what he was looking to cut, Carlino suggested that part of it came from contracts already approved by the Missoula Redevelopment Agency. Other council members said revenue generated from the resulting projects helps develop affordable housing.

Carlino also sought to cut an account for police uniforms and police training. Among the details, he considered a $214,000 item for travel and training of police personnel, calling it a “big travel budget.”

Police Chief Jaeson White said travel and training are combined into one budget and are necessary for a professional service.

“It’s the amount of money we have to train our personnel, from the initial police academy in Helena to our advanced training,” White said. “It allows us to send our officers to the FTO school, to bomb schools, to provide interview skills to our detectives, interview training, all of those things that help provide professional policing.”

In 2020, at the height of protests against law enforcement, the city council increased funding for the police department to increase training for officers. White, who was just hired, said the city’s training funds were insufficient until then.

“We haven’t been able to provide professional training for our staff,” White said. “We have a solid plan in place to bring the department’s professional standards up to modern standards, and we’re using those dollars to provide that training.”

While some impactful programs don’t get the funding some people think they deserve, dividing up revenue among the city’s various functions isn’t easy, said council member Stacey Anderson.

“We are constantly in a balancing act between income and expenditure,” she said. “Like all households in Missoula, we are in the same situation. This year’s budget is particularly difficult.

The city council can, however, accept a request for $2,600 to purchase a new chair and desk for the city attorney, replacing the current chair that has been in service for 20 years. This request for funding was submitted by Sandra Vasecka, Board Member.

City Council is expected to discuss the budget on Monday night and consider any amendments, from cuts to additions, before passing this year’s budget.

“It’s been a tough year in which we need to address our structural deficit to bring it down to a manageable level,” Jones said. “It involves raising some taxes and adding virtually no new programs.”