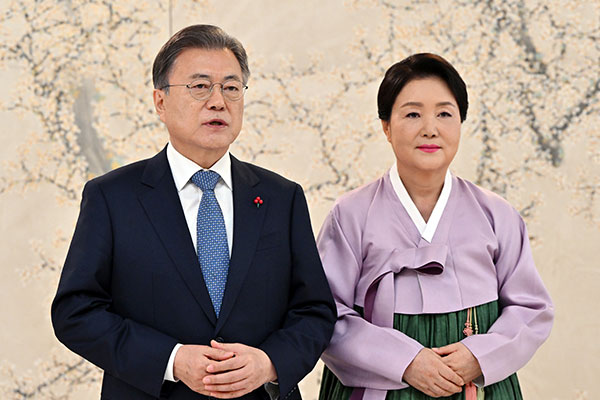 A Seoul court ordered the presidential office to release information on expenses related to special intelligence-related activities and ceremonial purposes during the Moon Jae-in administration.

The Seoul Administrative Court ruled on Thursday partly in favor of the Korea Taxpayers Association, which sought a reversal of the top office’s decision in 2018 to keep the information confidential.

In 2018, the civic group asked the presidential office to release details of special event spending, including how the funds were spent and for what purpose. He also researched information on annual budget expenditures for First Lady Kim Jung-sook’s outfits and other expenses for official events.

Moon’s office refused at the time, arguing that disclosing sensitive national security and defense information could seriously jeopardize national interests. He also declined to divulge details of the first lady’s outfits, citing that the executive’s allowance for such expenses is not specified in the state budget.

The court rejected the defendant’s arguments that the disclosure could infringe on privacy or disrupt official functions, stating that justifications are not permitted by law. The court also ordered the presidential office to cover the costs of the trial.