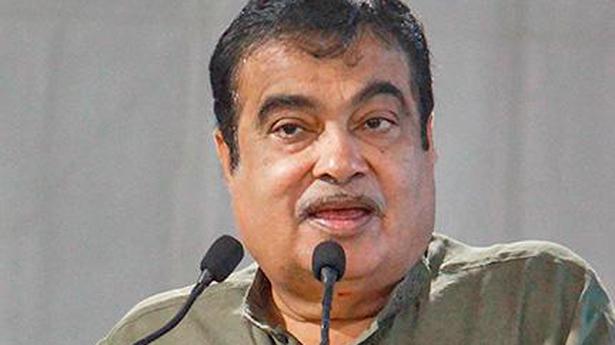 He further stated that the National Highways Authority of India will collect an annual toll revenue of 1.40 lakh crore over the next five years from the current level of ₹ 40,000 crore.

The center will earn toll revenues worth 1,000 to 1,500 crore each month once the highly anticipated Delhi-Mumbai highway becomes operational in 2023, Union Minister Nitin Gadkari said on Sunday and described the NHAI state-owned company as a “gold mine” to generate income. .

Leading the ambitious campaign to expand the country’s road infrastructure over the past seven years, confident Gadkari also claimed that the National Highways Authority of India (NHAI) will generate annual toll revenues of $ 1, 40 lakh crore over the next five years. years from the current level of 40,000 crore.

Mr Gadkari, who has just completed a blitz tour to assess the progress of the Delhi-Mumbai highway that will cross four states outside the national capital, said the national road infrastructure is a world-class achievement.

“Once the Delhi-Mumbai highway is completed and opened to the public, we will get at least 1,000 to 1,500 crore in tolls every month,” he said. PTI in an interview.

The Delhi-Mumbai highway is expected to be completed by March 2023 and is under construction as part of the first phase of the “Bharatmala Pariyojana”.

The eight-lane highway, covering Delhi, Haryana, Rajasthan, Madhya Pradesh and Gujarat, is expected to cut travel time between the nation’s capital and the country’s financial center in half from nearly 24 hours to 12 hours.

In the context of concerns that NHAI is grappling with a high level of debt, the Union Minister of Road Transport and Highways stressed that the nodal agency has received an ‘AAA’ rating and that all of his road projects were productive.

“AAA” is one of the highest credit ratings and indicates a strong financial position.

“NHAI was not in a debt trap and never will be in the future. It’s a gold mine and it’s on solid footing … over the next five years NHAI’s toll revenue will reach 1.40 lakh crore per year from the current toll revenue of 40,000 crore », Noted Mr. Gadkari.

In March, the ministry-linked Parliamentary Standing Committee on Transport, Tourism and Culture expressed dissatisfaction with the massive 97,115 crore debt service debt on NHAI.

Recently, the minister informed the Rajya Sabha that NHAI’s total borrowing increased to 3,006,704 crore at the end of March of this year, from 74,742 crore in March 2017.

While noting that the investments in the infrastructure sector will create jobs and accelerate the economic growth of the country, Mr. Gadkari said: “We (NHAI and the ministry) are working on projects worth several thousand crores” .

The country’s economy has been affected by the coronavirus pandemic and is slowly on the road to recovery.

Disability benefits must be overhauled to break the cycle of poverty