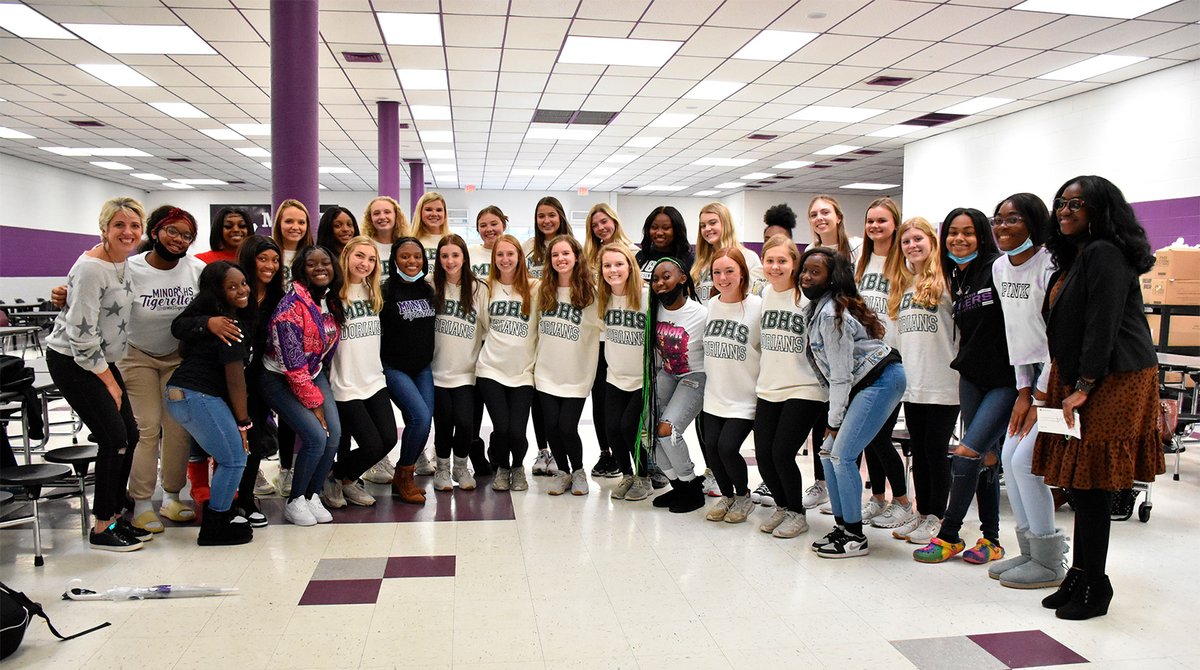 The Mountain Brook High School Dorians had a hectic November. Not only did they donate money to Minor High School’s dance team, but four Dorian seniors danced in Macy’s Thanksgiving Day Parade in New York City.

Mountain Brook seniors Catherine Guilsher, Emily Moore, Addison Wint and Sarah Simon were selected to participate in July by Spirit of America, an organization that is the exclusive supplier of cheerleaders and dancers to Macy’s for the Thanksgiving Parade after submitting a video of themselves performing.

Spirit of America selects approximately 800 high school dancers from around the country each year to participate in the parade.

“We thought this would be a really good opportunity to go do what the program has done in the past,” Wint said in a Mountain Brook Schools news release. “We saw the schedule and all the activities and decided it was something we really wanted to do.”

The two teams met and became close, according to an MBS press release, at the Universal Dance Association’s Convention Camp in LaGrange, Georgia, in June and were able to reconnect at the Pell City Marching Invitational in October.

Mountain Brook’s parents learned in Pell City that Minor’s team intended to go to the Nationals in February and decided to raise funds for the team in support.

In 2021, the Dorians also made headlines when they won some of the top prizes at UDA’s Convention Camp, as reported in “Schoolhouse Briefs” in August.

The team received all blue ribbons for their routines, earning a senior trophy and earning first place in the home routine evaluations, which doubled the team for the 2022 National Dance Team Championship in Orlando .

This year, the Dorians are led by captain Wint and co-captains Guilsher, Moore and Simon.

Jane Thornton is the team’s head coach and Fitch is in her 17th year as faculty sponsor.

Southwestern College will pay student expenses for the spring semester

How much money should people in their twenties save for emergencies?