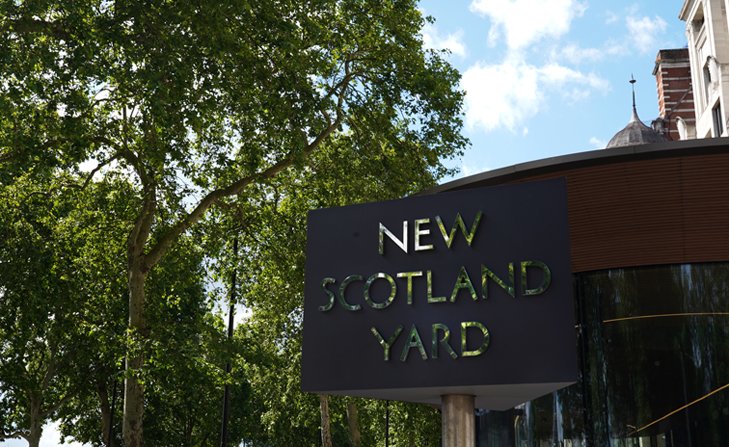 A volunteer police officer has been sacked for claiming more than £29,000 in fraudulent expenses.

Former Metropolitan Special Constable (MPC) Ashan Malik was fired for gross misconduct today after being found guilty of fraud and money laundering in May this year.

Malik submitted “numerous” fraudulent expenses relating to his work as a volunteer police officer in a unit covering Redbridge, Barking and Dagenham, and Havering, claiming £29,501 between August 2019 and July 2020.

She added: ‘By behaving as he did, Special Constable Malik defrauded the Metropolitan Police with a significant sum of money, money which the police hold on behalf of the public.

“He continued for an extended period of eleven months and only stopped when confronted.

“To find out that a police officer might behave in such a way is likely to damage the reputation of the Metropolitan Police Service, it is unacceptable for a law enforcement officer to break the law themselves.”

The temporary assistant commissioner said Malik had managed to avoid the attention of senior officers by only submitting claims below the £50 threshold which would require their approval.

But a criminal investigation was triggered in July 2020 when he made “substantial claims” amounting to more than £6,000 each.

Expenses were submitted through the police’s unique operating system, used by the Met for human resources works and expenses.

Despite being convicted by a jury at Woolwich Crown Court, Malik has shown no remorse and continues to claim he is “innocent and wrongly convicted”.

During the trial and in written statements at the disciplinary hearing, he claimed a colleague “used his computer” to submit the expenses, which were then paid into his personal bank account.

Acting Assistant Commissioner Pearson called his denial “unconvincing and unsupported by any evidence”.

She concluded it was “proven” that he breached the Met’s standards of professional behavior of honesty and integrity and disreputable conduct in a way that amounts to serious misconduct.

Malik did not attend the hearing at the Empress State Building, Earl’s Court, telling his Metropolitan Police Federation representative Lisa Hayden that his son had a ‘hospital appointment’ at the same time .

She said he showed her no proof of a date and stopped taking her calls in the days leading up to the hearing.

The Metropolitan Special Constabulary is a voluntary force founded in 1831, its members have the same powers as regular police officers and must complete at least 200 hours of work per year.

According to the Met’s website, the benefits include free trips to the capital and a cut on council tax in Greater London.

At the time of his dismissal, Malik was the subject of a lawsuit for “poor performance” related to his attitude and work. He hadn’t received any commendations since joining as a special constable in 2019.

Following his conviction for fraud and money laundering, Malik received a two-year suspended prison sentence, lasting two years, and a three-month curfew between 9:30 p.m. and 5 a.m.

A professional reference from the former special constable’s current employer describes him as a “responsible employee”, the misconduct hearing heard.

Work in real estate? 5 tips to overcome the slowdown in home sales

Miss Manners: Couple in their 60s need living relatives to help with expenses and household chores