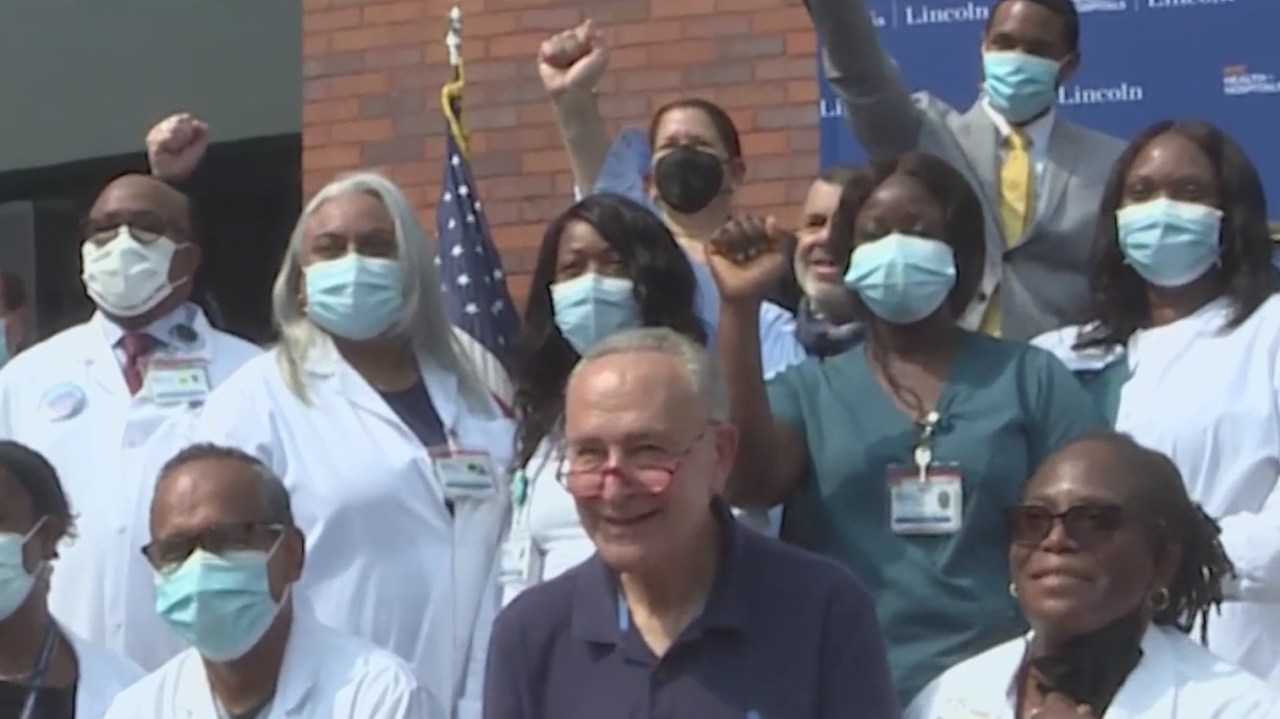 LE BRONX, NY – In a crisis, you do whatever it takes to survive and Senate Majority Leader Chuck Schumer says that’s why FEMA is there – for the payback. But when it comes to reimbursement from NYC Health + Hospitals, he says FEMA tried to use a loophole.

After waiting nearly a year for reimbursement, FEMA finally agreed to reimburse the city’s public hospital system for $ 1 billion in expenses during the COVID-19 crisis. The announcement was made Wednesday at NYC Health + Hospitals / Lincoln.

“We met, we fought and we fought, and today we are happy to announce that FEMA has given in and is getting the $ 600 million! Schumer said.

Last October, the country’s largest municipal health system requested reimbursement of $ 860 million for COVID-related costs, but so far it has only received part of that money – approximately $ 260 million.

Lincoln Hospital in the southern Bronx was one of the hardest-hit areas in the city when the pandemic first gripped the five boroughs. The city’s 11 hospitals have reached their full capacity to handle an influx of patients.

Schumer says FEMA tried to avoid repaying the city by using a loophole.

He claims FEMA has said it will only reimburse COVID installations. Representative Ritchie Torres, a partner of Schumer in this fight, said Lincoln Hospital was consumed with COVID cases.

“FEMA’s bureaucratic reasoning ignored the reality we have all seen on the ground,” Torres added. “At the height of the pandemic, there was nothing but COVID. “

Health + Hospitals said they chose lives over money. Gwen Dalrymple, nurse supervisor at Lincoln Hospital, said they had done their best to achieve this.

“It was an experience we will never forget and we did everything we could for the patients,” said Dalrymple. “We all came together and did what we had to do in this time of crisis.”

For the remaining roughly $ 120 million, Health + Hospitals is asking for additional reimbursement and Torres’s office said FEMA verbally agreed to pay them as well, bringing the total to $ 1 billion.