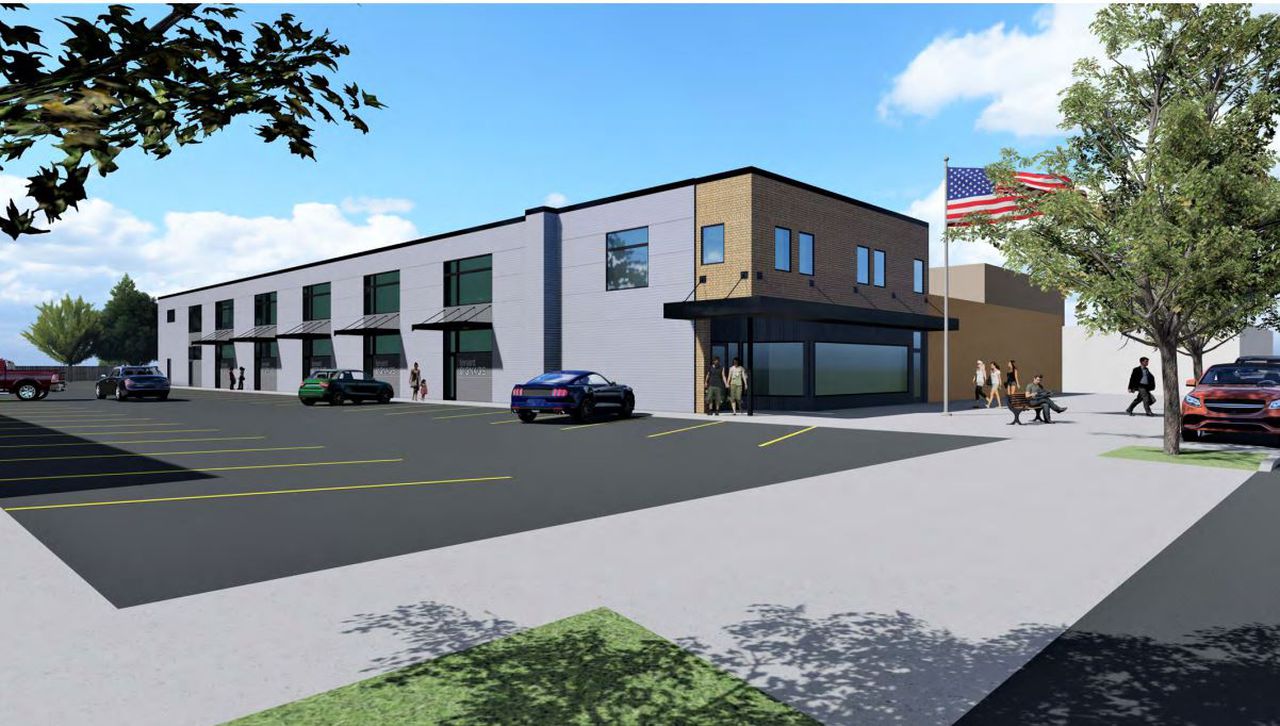 GRAND RAPIDS, MI – A developer is looking to renovate and add low-income housing to a two-story building, containing a U.S. Postal Service store on the ground floor, near the intersection of Burton Street and Eastern Avenue on the southeast side of Grand Rapids.

“We expect there will be a lot of demand at this price point for homes in this location,” said James Lewis, director of development at Pinnacle Construction Group. “We don’t expect a long rental period.”

Apartments in the building, which include a mix of bachelor and one-bedroom units, would be reserved for residents earning between 60% and 80% of the Kent County median income, Lewis said.

Jeremiah Gracia, the city’s director of economic development, said the city administration supports the project, which is seeking incentives from the city.

“It meets strong goals of supporting redevelopment, and particularly housing development, in the Third Ward,” he said.

The Third Ward encompasses a portion of the southeast side of Grand Rapids that is home to the majority of the city’s black population. Historically, it has not seen the same level of investment as downtown Grand Rapids and other growing areas of the city. The project is also aiming for LEED certification, a designation that promotes sustainable and energy-efficient practices in the building industry. The building was originally constructed in the 1950s.

With a price tag of $2.9 million, the building owner is asking the city to provide a 12-year obsolete property rehabilitation exemption certificate. The certificate, which must be approved by the city commission, would reduce project taxes by about $470,000 over 12 years, Lewis said.

In addition, the project is also seeking, through the city, approximately $1 million in funding from the Michigan Economic Development Corporation’s Place-making and Revitalization Program. The MEDC program is awarding $100 million in federal COVID-19 stimulus funds to real estate and infrastructure projects.

“If the project does not get funding from the RAP grant, it is no longer a viable project,” he said. The city is expected to find out this summer how much RAP grant it will receive, Lewis said.

Recently, the project also received a boost from the city’s Southtown Corridor Improvement Authority. The authority agreed to provide the developer with a $10,000 grant for exterior improvements, including new awnings, doors and windows and storefront glazing, according to the city.

If all goes according to plan and the necessary funding is received, construction of the rehabilitation project could begin late in the first quarter or early in the second quarter of 2023, Lewis said. Construction is expected to take nine months. The post office will remain open during this time and will remain a tenant once the apartments are completed, Lewis said.

Lewis said creating a sustainable and energy-efficient building is a major goal of the project.

The building will be heated using electric air-source heat pumps, which are more efficient than traditional electric heating methods. Additionally, builders will add “just a ton” of additional insulation to the exterior of the building, which will create a more stable interior temperature, Lewis said.

Finally, officials plan to install “a massive solar panel” on the roof.

“We’re hoping to get pretty close to net zero, which means we’re producing as much energy as the building uses over the course of the year,” Lewis said.