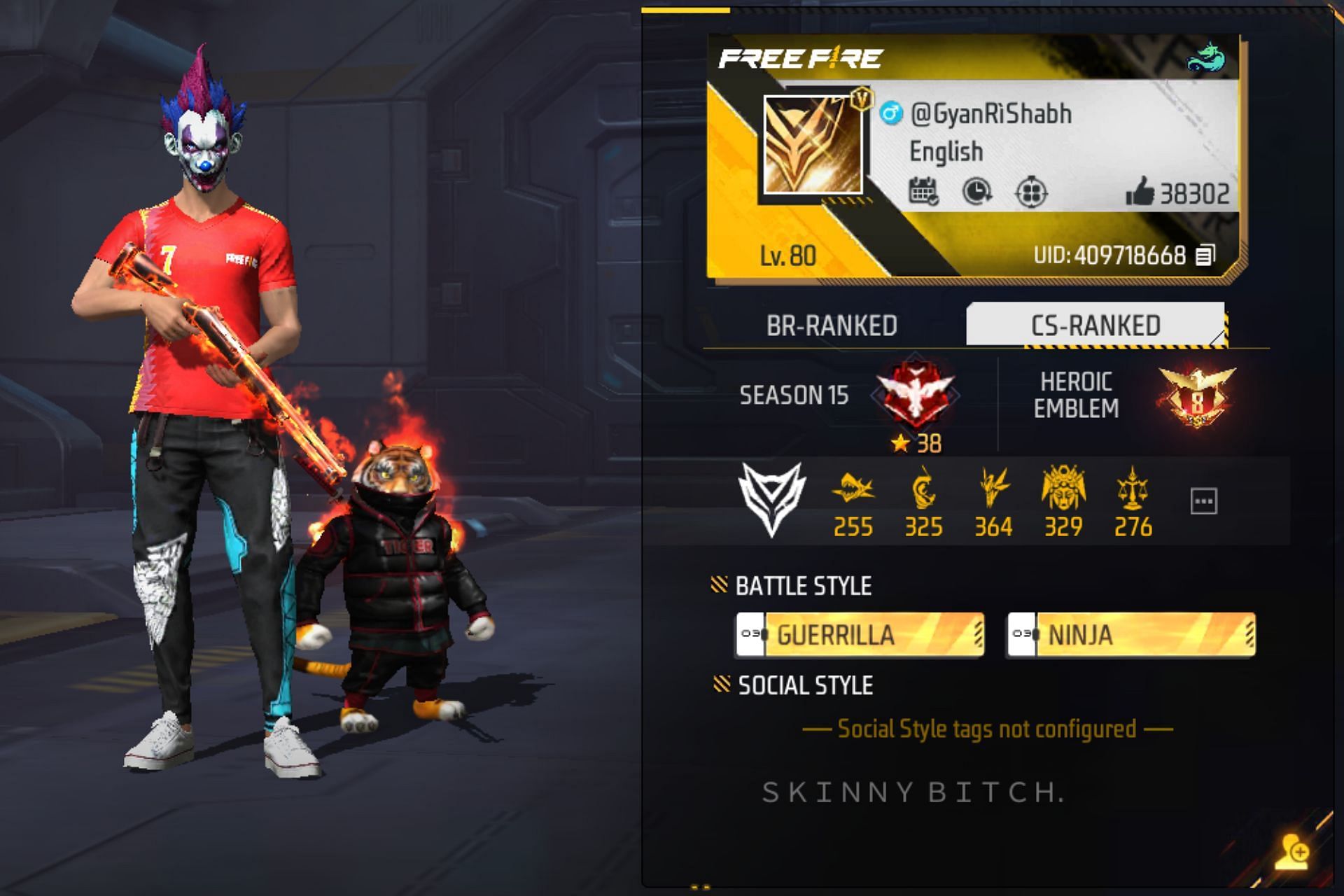 Gyan Rishabh is an Indian content creator who rose to prominence with his Garena Free Fire videos on YouTube. Along with streaming the Battle Royale title, it also posts gameplay and joke videos on the platform.

Gyan Rishabh has 1.21 million subscribers and 101 million combined video views on his eponymous channel. He also has over 102,000 followers on Instagram.

Gyan Rishabh is currently rated heroic in the Battle Royale and Clash Squad game modes. His in-game stats as of September 28, 2022 are as follows:

Gyan Rishabh has participated in two duos matches in the current Free Fire MAX ranked season, winning both and posting a 100.00% win rate. With a K/D ratio of 28.00 and a headshot percentage of 64.29%, he has 28 kills and 18 headshots in this mode.

Note: Gyan Rishabh’s Free Fire MAX stats were recorded at the time of writing (September 28, 2022). They will change as he plays more matches in the battle royale title.

Gyan Rishabh has been creating Free Fire based videos on YouTube for over four years. The first video on his main channel was posted in June 2018. He currently has 275 videos on the channel, with the most viewed having 8.1 million views.

According to Social Blade, the content creator gained 10,000 subscribers in the past 30 days. His cumulative view count also increased by 1.23 million.