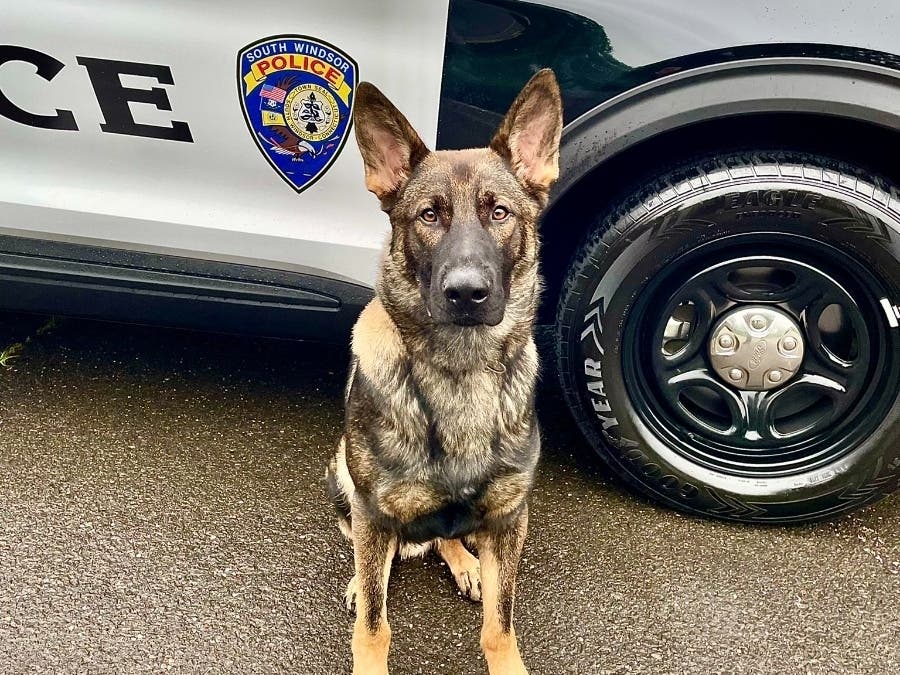 SOUTH WINDSOR, CT – Officer K9 Mason of the South Windsor Police Department has been nominated for a grant to cover his expenses – and the public can vote for him every 24 hours starting today.

Aftermath, a crime scene and biohazard clean-up company that works closely with law enforcement, donates a total of $ 25,000 to 10 law enforcement agencies with K9 agents.

Mason of South Windsor is among the Nominees from the North East region.

“As you know, Canine Mason had a busy start in law enforcement at SWPD, and now he needs your help!” the South Windsor Police Department wrote on Twitter. Thanks to # AftermathK9Grant, there is money available to help us finance his training, his food and his health care. “

The public can vote for Mason once every 24 hours until the vote closes on October 26. The winning law enforcement agencies will be announced on October 28.

Mason, a German Shepherd, joined the force earlier this year. He and his handler, Officer Zachary Cosenza, began a 14-week training program for the Connecticut State Police in March.

Months later, he helped catch two men suspected of attempting to rob a car garage – one of whom was unresponsive, needed medical attention and would likely have died if Mason and Cosenza had not. find, Fox 61 reported.