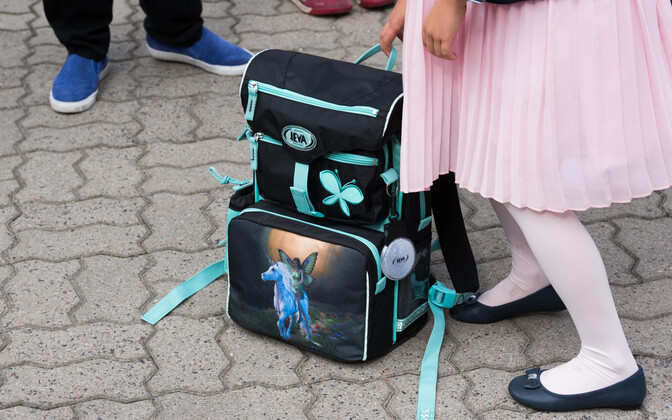 The salary of teachers working in all wealthy municipalities around Tallinn is higher than the national minimum wage, with municipal schools also competing for the best teaching staff. As a result, there has been an increase in the number of teachers leaving their jobs in the capital to take up posts in municipal schools.

Sirly Illak-Oluvere, program manager at Mustamäe High School, said the best salaries on offer outside Tallinn meant the school had lost one of its teachers just a week before the start of the new school year.

“Our salary is €1,412, plus bonuses for overtime and class work. It seems that the surrounding municipalities pay a bit more, which is why Mustamäe High School had to deal with a situation where our teacher was called and invited to a school, where the salary was quite different from what we can offer now. We lost a teacher,” Illak-Oluvere said.

There are also other schools near Tallinn, which have lost many more teachers to schools in neighboring municipalities.

“From September 1, the minimum monthly salary for teachers will be €1,633. On top of that, there will be class fees, overtime, etc. Teachers’ salaries start at €250 per month,” said Saue deputy mayor Andres Kaarmann. .

However, Kaarel Rundu, head of Tallinn’s education department, believes it is still a two-way process. “People also come to Tallinn, not just leave. Over the past three years, wages paid in Tallinn have been at an average level compared to neighboring municipalities. It has decreased a bit last year, in 2021, but it’s definitely not the case where everywhere else pays more,” Rundu said.

Rundu points out that although there are more than 50 schools paying the minimum wage, the average teacher salary in Tallinn is €1,588 per month, with an average teacher bonus of €153. However, the schools in the surrounding communes do not limit themselves to paying the minimum, which means that the overall pay rates are always more favorable there than in the capital.

The deputy mayor of Saue said that, according to data provided by the Ministry of Education, last year the average monthly salary of a teacher in the municipality of Saue was €1,900.

However, according to Rundu, the shortage of teachers in Tallinn schools has reached such a point that headteachers would be required to teach lessons themselves in order to fill the gaps.