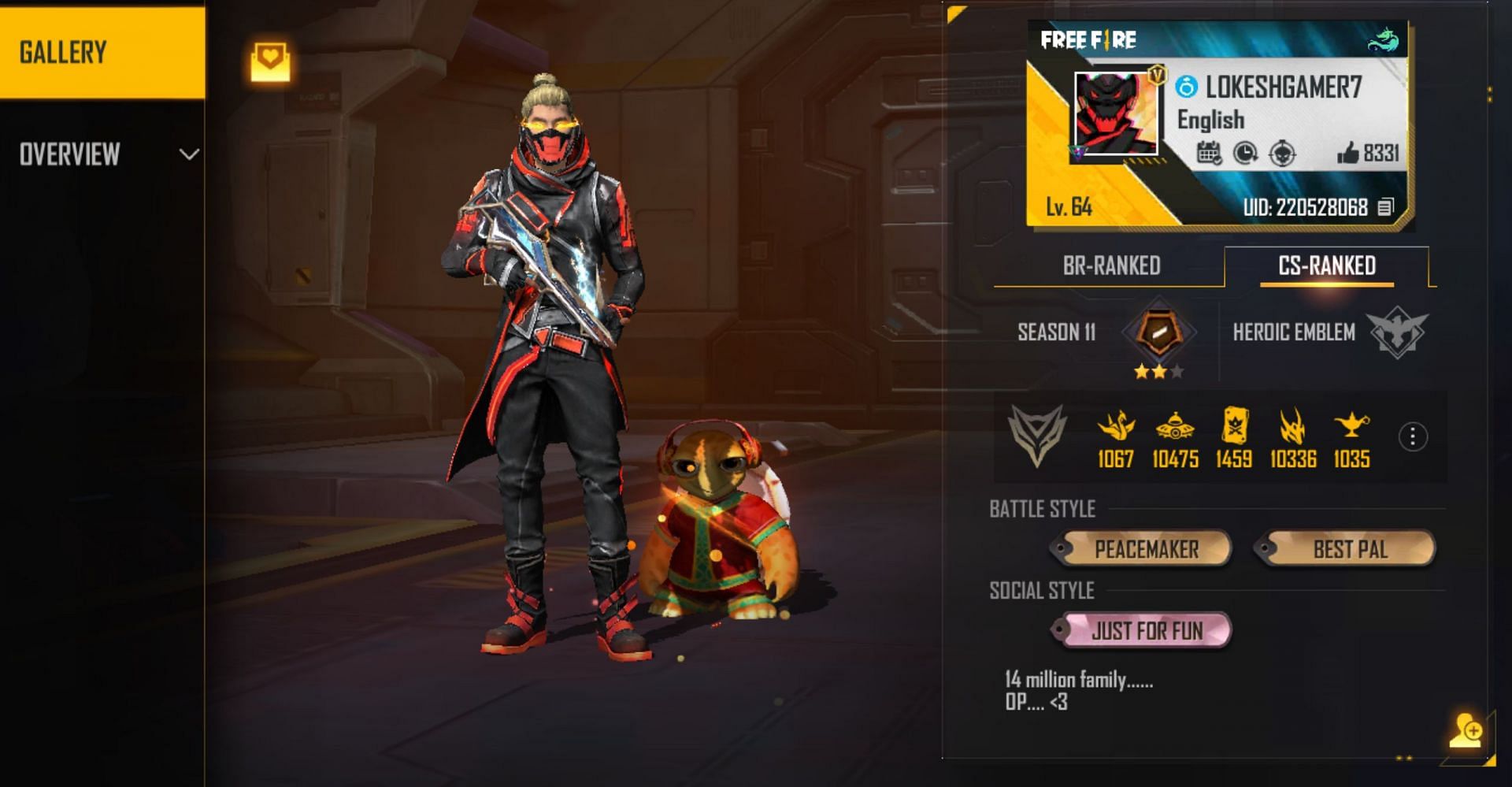 Lokesh Gamer has established itself as one of the biggest names in the Indian Free Fire community, with its content being consumed by millions of people. His YouTube channel has grown exponentially in terms of subscribers and views over the past few years.

At the time of writing, his subscriber count stands at 14.3 million and his videos have over 1.37 billion views. Additionally, he has 1.16 million subscribers and 12.92 million views on his second channel, LR7 Gaming.

Lokesh Gamer’s Free Fire MAX ID is 220528068. He is currently ranked Gold III in Battle Royale mode and is ranked Bronze I in Clash Squad mode.

Lokesh Gamer played in two ranked team matches and won one of them, maintaining a 50.00% win rate. Additionally, he landed 14 kills with a K/D ratio of 14.00.

Other than that, the content creator played a single solo game and got 10 kills.

Lokesh Gamer uploads unique content based on aspects like events, challenges, etc. on his channel. Over the years, he has uploaded around 1050 videos, with the most popular having amassed 12 million views.

According to Social Blade, in the last 30 days alone, it has acquired around 300,000 subscribers and 49.06 million views.

THINKING OUT LOUD WITH SHELDON MacLEOD: Energy Poverty in Nova Scotia and the Calls to Action