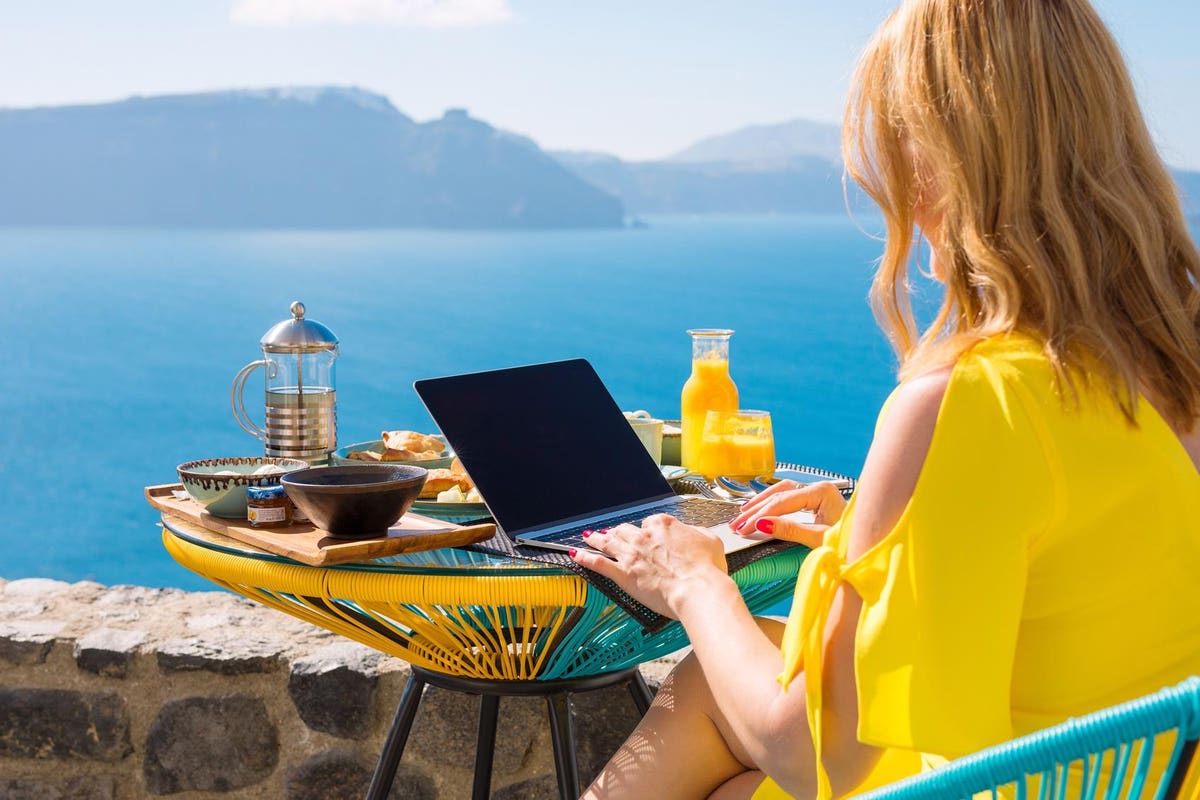 The digital nomad visas are becoming the answer for those who, post-Covid pandemic, wish to continue to practice their profession remotely, preferably from abroad and in particular from Europe.

across the continent, from those with longstanding programs like Croatia and Estonia to newcomers like Spain and Portugal, countries are recognizing the potential of potential new residents as a way to offset their declining tourism industries. As such, they make it easier for applicants to obtain temporary residency while working for a foreign company or as freelancers.

“Not only does this help to bridge low season gaps in tourism-dependent destinations, but it offers non-EU citizens the opportunity to legally work remotely,” Euronews reports. Digital nomad visa programs “also help countries tackle other issues, from brain drain to aging populations.”

“Visas for digital nomads fill a legal void for remote workers who wish to spend short or long periods abroad working independently”, etias visa Explain. “These professionals can take their work wherever they go. (Usually they only need a laptop and an internet connection.)”

Among the benefits of the European Digital Nomad Permit is that recipients can travel visa-free to all 26 Schengen countries.

Some programs have been specifically designed for remote workers while others have been adapted from previous work visas, with some variations between them but generally following the same idea: granting a temporary residence permit that allows foreigners to stay six months to two years.

Croatia, Estonia, Georgia, Latvia, Malta, Norway, Hungary, Iceland, Greece and the Czech Republic are on the list of European countries already offering full or partial versions, with requirements for income ranging from €2,000 to €3,000 per month.

Several others, including Spain and Italy, are rolling out similar digital nomad visa programs.

Portugal recently published the requirements for its long-awaited digital nomad visa and from October 30 will allow remote workers to apply for a temporary residence visa for up to one year or a renewable residence permit for up to five years.

To be eligible, candidates must earn at least €2,800 per month, which is four times the Portuguese minimum wage.

“You can apply at a Portuguese consulate in your home country or at the Portuguese immigration agency, Serviço de Estrangeiros e Fronteiras,” according to Business Intern. “In addition to proof of income for the past three months, applicants must submit tax residency documents and an employment contract (or proof of self-employment).”

Long before the official release of the digital nomad visa, Portugal was extremely popular with digital nomads and according to euro news it “frequently appears in online lists of ideal remote workplaces, and with good reason. Big cities are full of coworking spaces and the country has the 17th fastest Wi-Fi network in the world.

Lisbon and Porto are among the most popular destinations for digital workers while Madeira Island has a dedicated digital nomad village in the town of Ponta Do Sol.

Portugal’s popularity among remote workers is due, among other things, to the low cost of living, the mild climate, the many coworking spaces, the connections with major European cities and the command of English in the country. .

The digital nomad visa – officially a “residence visa for the exercise of a professional activity provided remotely outside the national territory” – is an alternative to the existing D7 visa, a popular residence permit mainly intended for retirees and ” passive income”.

“Portugal has seen an influx of foreign residents since the start of the pandemic, many of whom have used the D7 visa, to settle in the country,” explains Business Insider. “One of the most affordable programs of its kind, the D7 visa requires applicants to earn only €7,200 – or approximately $7,011 – per year to qualify.”

This income, however, must come from “passive” income streams such as rent or investments and not from a monthly salary.

Spain and Italy, in progress

Spain and Italy are among the countries in Europe that are in the process of launching their own digital nomad visa programs.

“Under the Startup Law recently introduced in the Spanish Parliament, people working remotely for foreign companies will be allowed to live in the country without needing a full work visa,” Visa Spain writing.

The proposed new visa will be open to foreign workers employed by non-Spanish companies and is expected to come into force in 2023 after the enactment of the legislative process authorizing it.

The decision was highly anticipated as Madrid, Valencia and Barcelona, ​​among other Spanish cities, are already hot spots for digital nomads and other remote and freelance workers.

The new digital nomad visa will apply to applicants employed by non-Spanish companies working remotely and to freelancers or entrepreneurs with multiple clients.

It has been reported that the country will set a minimum monthly income between €2,000 and €2,500. As an added incentive, digital nomads will be taxed at 15% instead of the standard base rate of 25% for the first four years.

Spain’s internet speed is among the fastest in Europe, allowing digital nomads to move to rural areas where rents are low. Many small towns and cities offer original programs to try to attract them as a lifeline for their declining populations.

Italy is also a favorite for digital nomads and although so far the country has not established a legal framework, it announced earlier this year that a new visa for remote workers has been signed in Italian law.

Unlike other countries with existing schemes, Italy’s is aimed at “highly skilled workers”, the meaning of which is not yet clear but which probably suggests that a master’s degree will be required.

Among other conditions: health insurance, a clean criminal record and tax compliance in Italy before applying were mentioned.

The visa will be for one year with the possibility of renewal and can be extended to immediate family members. The required income can be between €2,500 and €3,000 per month.

45 lakhs monthly income; A housewife who earns lakhs from the kitchen; The life of Abida Rasheed