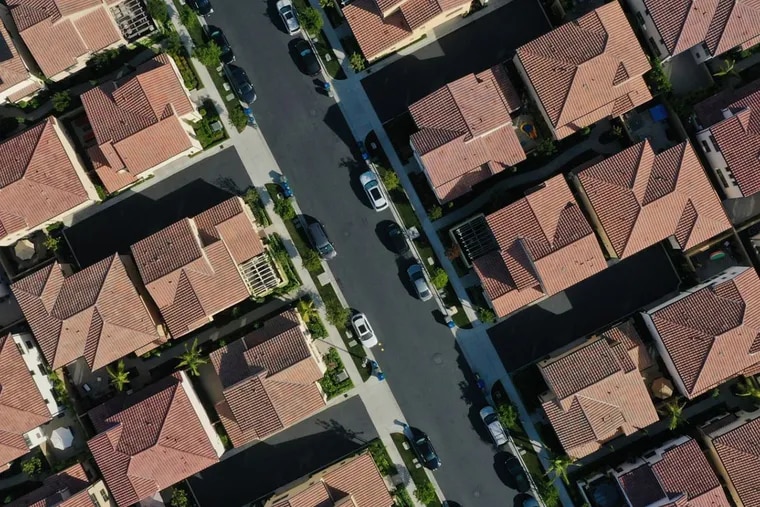 Mortgages are down sharply nationwide as interest rates rise, but the Philly area is bucking the trends

At the start of 2022, the number of new home loans nationwide fell faster than it has in years, with the average 30-year fixed mortgage rate dropping from around 3% to 4, 67%. But in the Philadelphia area, the number of mortgages has increased.

Nationally, lenders issued 2.71 million home loans in the first quarter of this year, according to a report released Thursday by real estate data firm Attom. That number was down 32% from the same period in 2021 and represents the largest annual drop since 2014, according to Attom.

The decline represents the largest quarterly drop since 2017, according to Attom. And the number of new mortgages fell for the fourth consecutive quarter.

The nationwide decline in residential lending earlier this year contrasts sharply with the period from early 2019 to early 2021, when activity nearly tripled, according to Attom. Mortgage rates are now high enough that fewer homeowners are refinancing their mortgages and fewer potential buyers are applying for loans.

The drop in mortgage activity is another indication that the overall housing market is cooling. High mortgage rates, limited housing supply and rising inflation are among the factors that could continue current trends.

But the Philadelphia metro area bucked national trends in lending activity earlier this year. The region was one of only three of 216 surveyed where the total number of mortgages issued by lenders increased from the last quarter of 2021 to the first quarter of this year. The number increased here by 11%, more than the other two metros, Laredo, Texas, and Sioux Falls, SD

The Philly metro area saw the largest increase in refinanced loans from Q4 2021 to Q1 2022. Refinances grew nearly 8%. The area was also one of 11 metropolitan areas where purchase loans increased during this period.

Last week, the average 30-year fixed mortgage rate was 5.09%, according to government-backed mortgage buyer Freddie Mac. The average rate has fallen in recent weeks, but is still much higher than last year. Nationally, fewer refinances lower the total number of home loans.

» LEARN MORE: Thinking about refinancing your mortgage? Do your homework before you start.

Refinances were a booming business at the start of the pandemic, when mortgage rates fell to record lows, and homeowners could potentially save hundreds of dollars on monthly payments. As mortgage rates rise, refinancing a home loan makes less financial sense. The annual decline in the number of refinanced mortgages was the largest since 2014.

While the nationwide drop in refinancing came as no surprise, experts did not expect such a drop in lending among homebuyers, said Rick Sharga, executive vice president of market intelligence at Attom. .

“There were many forecasts that purchase loans would remain strong in 2022 and even increase both the number of loans made and the dollar volume of those loans,” he said in a statement. “The weakness in purchase lending activity shows how much the combination of rising home prices and rising interest rates has impacted borrower activity this year.”

At the start of the year, lenders nationwide issued about one million homebuyer mortgages, down 12% from a year ago, according to Attom.

Last week, mortgage applications fell 6.5% from the previous week, according to the results of a nationwide Mortgage Bankers Association survey released Wednesday. The association’s loan application volume measure fell to its lowest level in 22 years.

“The buying market has suffered from a consistently low housing inventory and soaring mortgage rates over the past two months,” said Joel Kan, associate vice president of economic and industry forecasts for the association. , in a press release. “These worsening affordability issues have been particularly difficult for potential first-time buyers.”

Are you quitting your job? Here’s what will happen to that 401(k) loan you have