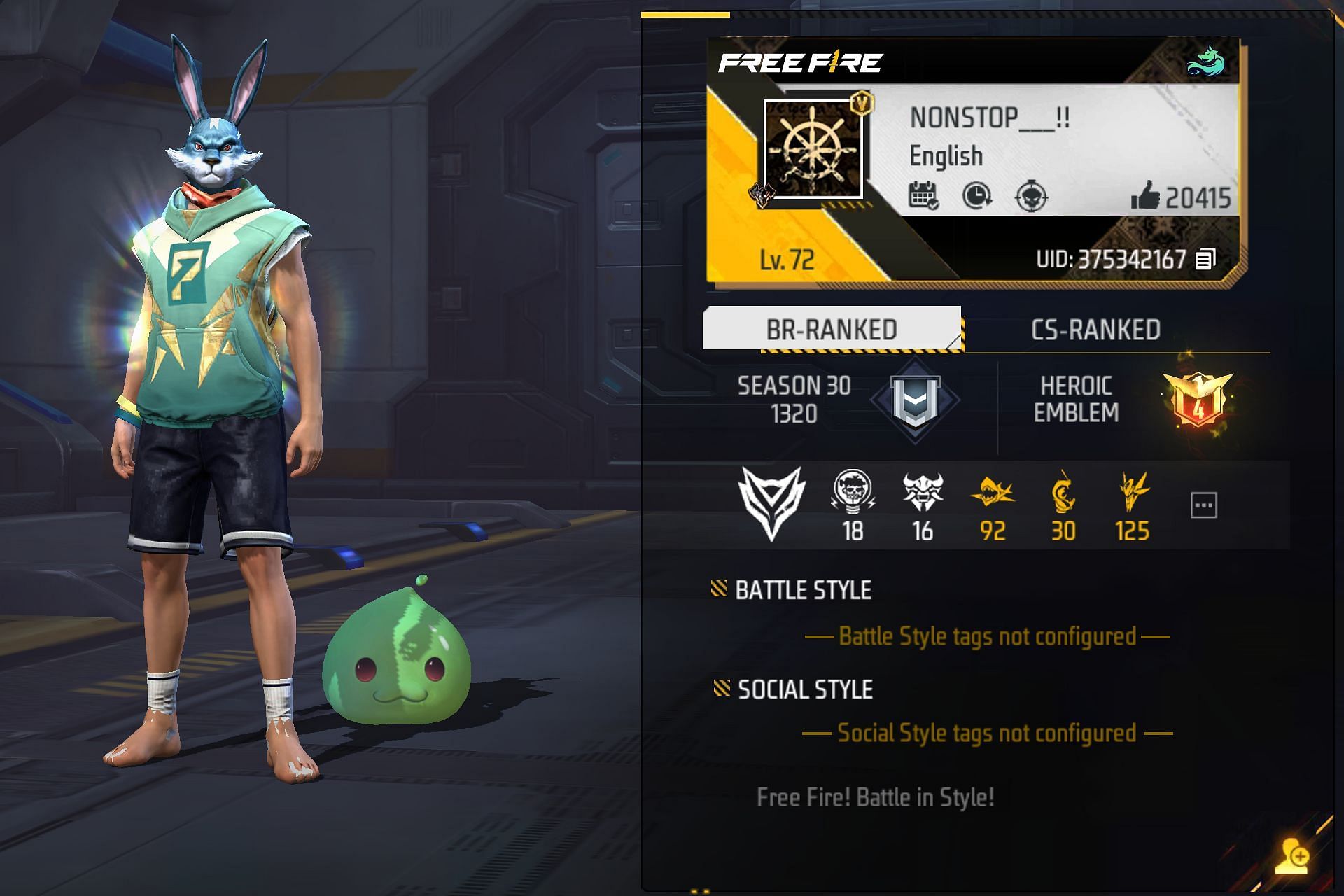 Shivam is an accomplished Free fire content creator on YouTube, with its main channel, Nonstop Gaming, having already garnered 2.87 million subscribers. His reputation as a YouTuber stems from regularly hosting matches between well-known players from multiple servers and posting gameplay clips.

Besides his main channel, Shivam has also launched Nonstop FF (412,000 subscribers), where he publishes similar Free Fire content. He also has over 98,000 followers on his Instagram account.

What is the Nonstop Gaming Free Fire ID?

Nonstop Gaming’s Free Fire ID is 375342167. The Indian content creator maintains the following stats in the Battle Royale title as of November 22, 2022:

The content creator did not play any ranked games during Free Fire BR-Ranked Season 30.

Note: Images and stats used in the article are from Free Fire MAX. Also, the numbers will change as the YouTuber plays more games in the Battle Royale title.

Shivam has been producing content regularly for the Nonstop Gaming channel for over three years. He has uploaded over 670 videos, which have amassed a staggering total of 447 million views.

In 2021, his channel hit the coveted one million subscriber mark, and subscriber numbers doubled later that same year. Its number of subscribers is currently approaching three million.

Social Blade also reports that the channel’s subscriber count has increased by 30,000 in the past 30 days. Views increased by 8.097 million over the same period.

NPS Calculator: Monthly savings of ₹15,000 can help you get a pension of ₹2.23 lakh/month