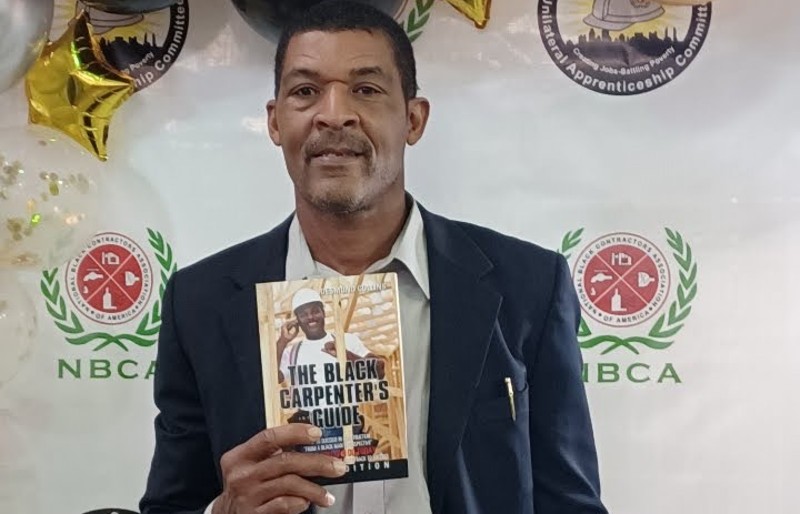 Opinion: SANDAG pact with construction unions will come at the expense of black entrepreneurs

I have worked as a carpenter, trader and project manager for more than 25 years and I am the author of The guide to black carpenters. My book helps black people in the construction industry excel in the trade and achieve success quickly.

The inspiration behind writing the book was the need to inspire, educate, and guide the next generation of black carpenters. Blacks in commerce have historically been overlooked and have often been denied opportunities on construction projects.

My book aligns with the mission of the San Diego-based organization National Association of Black Entrepreneurs, which I first heard about from a colleague on a construction site. The BCA helps entrepreneurs succeed by promoting black pride, self-reliance and a strong work ethic.

The BCA and I have a shared vision of uplifting black entrepreneurs through the dignity of hard work and business ownership. But Friday the SANDAG board of directors is about to make a decision that will make this more difficult.

The board will decide whether to create a community benefits agreement that will basically determine how $ 160 billion will be spent over the next three decades, much of it on transportation construction projects. The deal is supposed to prioritize historically marginalized communities when it comes to construction work. But it’s really a deal with the big unions.

What SANDAG is really voting on is a Project Working Agreement, or PLA, under the guise of inclusion. Under a PLA, a government entity only awards contracts to unionized companies. This leaves entrepreneurs in marginalized communities at an automatic disadvantage because they cannot compete with the big union companies.

Many profess “equity and inclusion” without ever agreeing to truly dismantle the historic wrongs committed against black Americans and other people of color. Writing laws to force unionization harms the black community because it has been historically marginalized by the unions in San Diego.

The PLAs have generally excluded apprenticeships such as those offered within the framework of the BCA. While the SANDAG Agreement includes all state of California approved apprenticeships, it specifically excludes non-union programs like ours. He closes the door to apprentices from underprivileged neighborhoods.

We ask SANDAG to reconsider this important concern that we raise. To say that everyone is now included in the work to come, but giving all those learning dollars to unions only fattens their pockets and weakens inner-city urban programs like ours while only creating the illusion of inclusion.

The National Black Contractors Association must be included in the SANDAG agreement. The dollars involved are critical to our training efforts for Blacks and other construction workers of color in downtown San Diego.

President Catherine Blakespear, Vice President Todd Gloria and the entire board must be clear on what â€œfairnessâ€ means in Friday’s vote. Don’t let black contractors’ construction apprenticeship programs die under the guise of community benefits.

Desmond Collins is a member of the National Black Contractors Association and author of the Black Carpenters Guide.

Imran Khan’s household expenses were borne by his ex-head