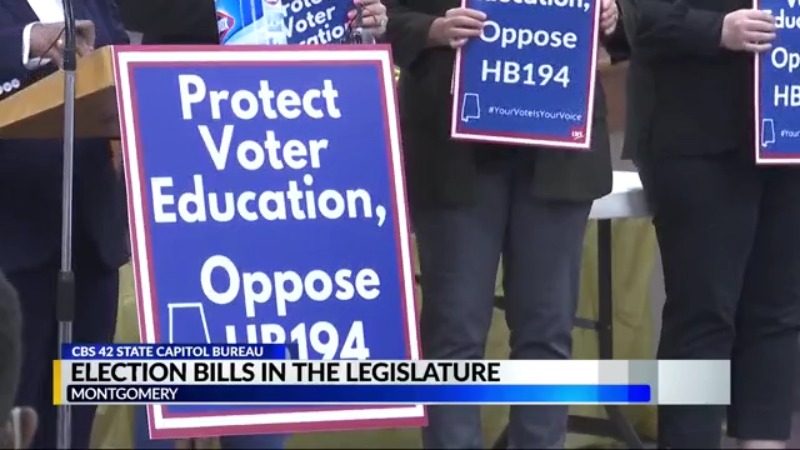 The League of Women Voters fears that the bill’s criminal penalties for those who violate it could lead to fewer voters going to the polls.

“You’re going to start to see a chilling effect on all sides. And that’s the concern,” said League of Women Voters of Alabama president Kathy Jones.

The bill stipulates that no state or local official responsible for the conduct of elections may accept private funding for election-related expenses.

The bill’s sponsor, Rep. Wes Allen (R-Troy), said it would have no impact on voter education and outreach groups like those protesting today.

Allen says he introduced the bill after the 2020 election, when Mark Zuckerberg gave grants to election officials in several states. He says private money should not be “mixed” with public funding.

Still, Alabama ACLU Executive Director JaTuane Bosby said bills like this are part of a long history of attempts to limit voting in the state.

“This is a direct attack on grassroots organizations that consistently carry out this work. lead this work. Getting people to the polls, focusing on voter education,” Bosby said.

the second bill the group protested prevents paying someone to fill out another voter’s mail-in ballot.

The House has yet to vote on either bill.

An Introduction to Employee Expense Reimbursements in California Jobs & HR