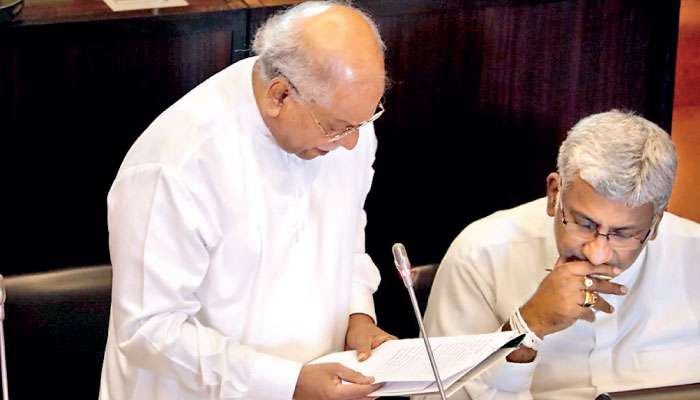 A parliamentary committee which looked into electoral reforms recommended that legislation be introduced to control election spending, a code of conduct for candidates and measures to prevent the misuse of state resources during elections. election campaigns.

The final report of the parliament’s select committee tasked with identifying appropriate reforms to electoral laws and the electoral system and recommending necessary changes, which was presented to parliament last week, contains 25 observations and 15 recommendations.

The report was tabled in Parliament by its President, Minister of Public Administration, Home Affairs, Provincial Councils and Local Government and Leader of the House of Parliament, Dinesh Gunawardena.

During the presentation of the report, the chairman of the committee, Dinesh Gunawardena, gave an overview of the recommendations, including the modification of the existing laws relating to the elections of the provincial council or the formulation of new rules and regulations or their keeping within the framework of the system. previous election.

The Committee also recommended greater representation of youth and women in elected bodies and stated that the role of the media during the election period should be taken into consideration in line with observations made to the Committee by the Electoral Commission.

The Committee recommended guidelines for the media to address issues such as the conduct of political propaganda activities through electronic media, the violation of electoral laws on social media platforms, the misinterpretation of information and the dissemination of fake news.

Recommendations were also made for the introduction of legal provisions mandating the allocation of a 25% quota for youth representation in the nomination lists for local government elections and provincial council elections under the representation young people.