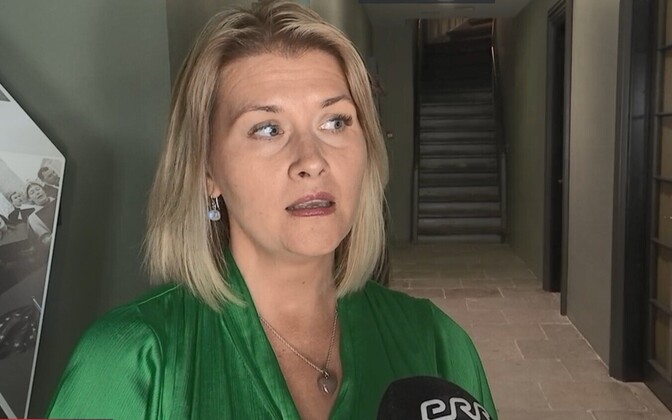 This led to an investigation into the third quarter report of an electoral bloc by the body overseeing party finances; other electoral blocs, and even in one case a traditional party, had entries in their third quarter 2021 reports that billed a fuel retailer, hairdresser, public broadcaster ERR and a missing company for public relations services and publicity, in connection with the election.

An electoral alliance under the control of the ERJK

The Supervisory Committee of Political Parties (ERJK) began to examine a particular electoral alliance and its finances ahead of the local elections in October 2021. This happened after some of those running in the same municipality however drew attention to the alleged wrongdoing.

ERJK President Liisa Oviir told ETV news program “Aktuaalne kaamera” (AK) that: “The competitors [for votes] drawing our attention to the fact that while the advertising campaign was large enough, on the other hand no expense was reported, is probably not in itself a serious matter. But we are watching [the alliance]. “

Oviir was unable to say which electoral alliance was under control as it was still under prosecution.

Parties and electoral alliances had to submit financial statements for the third quarter of 2021. For parties this is one thing all year round, but for electoral alliances their only significant transactions revolve around local elections, which is that is, covering one or two quarters over a period of four years.

Both have in any case submitted their reports for the third quarter of 2021, filled with entries relating to the local elections, which took place on October 17, two and a half weeks after the end of the quarter.

Among the larger sums of money in the third quarter reports was the â‚¬ 40,000 spent on social media altogether, with a significant chunk of that – almost â‚¬ 7,000 – spent by Tallinn Mayor Mihhail KÃµlvart (Center ), in a still unpaid invoice, ERR reports.

Hairdressers, fuel retailers and the ERR all provide public relations and advertising services, according to reports from some election alliances

However, the costs incurred by some electoral alliances and their candidates are not always clear.

For example, Krisli Kaldaru, who ran for the â€œMeie valdâ€ electoral alliance in the municipality of LÃ¼ganuse, Ida-Viru county, submitted expenses totaling â‚¬ 166 to a company. called Edevuselaat OÃœ, reports the ERR. While the expenses have been classified as public relations, the business in question provides hairdressing and other cosmetic services.

The Raasiku Vald and Sinu Elva electoral alliances incurred expenses of â‚¬ 756 and â‚¬ 2,863 respectively, attributable to a company which, according to the commercial register, ceased its activities in 2017.

Meanwhile, the Kiili KÃ¼lade Ãœhenduse election alliance which ruled just outside Tallinn reported that it had charged the public broadcaster ERR for advertising. The ERR, as a public entity, however, does not broadcast commercial advertising.

EKRE spent the most on the 2021 local election campaign

EKRE itself spent the most on political activities in the third quarter of 2021, followed by Reform, then Isamaa and finally Center.

EKRE MP and party board member Siim Pohlak said: â€œReports for the first three quarters have now been released. EKRE started its local election campaign a little earlier than the parties. “

Among other notable donations, Nikolai Degtjarenko, candidate on the â€œGolos Maarduâ€ electoral list, made the biggest bid, with â‚¬ 20,012.

TÃµnis Liinat, a centrist candidate in the Pirita district of Tallinn, contributed â‚¬ 27,839 for the party’s campaign.

Liisa Oviir told AK that the overall picture of the party’s spending for the third quarter was now clear and members of the Center stood out with spending unrelated to the campaign.

She said: “Perhaps the Center Party stood out because as a party it didn’t spend much on advertising and political activities at all, but the members and candidates of that party spent a lot of money on personal expenses. “

Andre HanimÃ¤gi, secretary general of the Center, said members donated for the centralized campaign, while local candidates largely paid for their own campaigns. HanimÃ¤gi estimated the personal expenses of party members and election candidates at â‚¬ 400,000 for the quarter, adding that some expenses were carried over to the fourth quarter and will appear in these reports.

Deputy Director of the ERJK: Irrational to equate electoral alliances with political parties

The picture of electoral alliances is more opaque, however, said ERJK deputy director Kaarel Tarand, adding that these are not as well regulated as parties, while at the same time their purpose Most of the party left once the elections were over and councilors took their seats.

This makes it unreasonable to treat them the same as political parties, including in terms of financial reporting, he said.

Tarand added that this was hampered by the administrative incompetence of many alliances – as it mystified him in some cases of how some alliances were even able to register for local elections, given the alarming state of their quarterly report.

Incompetence was just that, he added, and generally no intention to deceive was the root of the loopholes.

Tarand: possible reforms could include exclusion of national parties from local elections

At the same time, the obligation to prepare reports should not be removed, in the interest of avoiding further corruption in municipalities – including political parties carrying out transactions under the guise of an electoral alliance.

Tarand said he hoped legislative changes would improve the situation, adding that the ERJK did not have sufficient resources to monitor all areas, nor the legal basis to issue sanctions – or whose responsibility to enforce them. sanctions is, if they are pronounced.

In many cases, unclear or questionable entries in reports do not require clarification, due to their trivial nature, he added.

Overall, the situation is still rosier than it was when the ERJK was created 12 years ago – prior to that there had been no such oversight, Tarand said. .

Excluding political parties, with all their advantages of resources and national profile, from local elections, or on the contrary allowing electoral alliances to stand in the Riigikogu elections, could be another possible way to improve the situation, Tarand continued. .

Electoral alliances are peculiar to local elections in Estonia, and present an alternative to voters to traditional parties, often outperforming them and thus providing municipal leadership. The link between them and the national parties is however somewhat vague. For example, while former Interior Minister Katri Raik became mayor of Narva with the Social Democratic Party (SDE) a little over a year ago, she was later ousted in a vote of defiance, in August of this year.

Raik, however, returned with his own voters list for the October elections and was reinstated as mayor after the list performed well. Businessman Margus LinnamÃ¤e financially supported Raik’s campaign.

While in power with EKRE and Isamaa in the last administration, the Center proposed to abolish the ERJK altogether and merge its main tasks under the remit of the National Audit Office – in other words to nationalize the independent body responsible for controlling party finances. Conversely, the current administration has proposed to expand the powers of the ERJK.

Here’s how to set one up in 4 easy steps