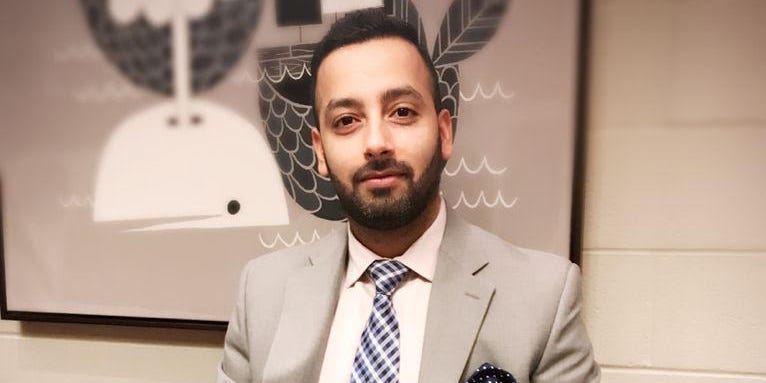 Soni, originally from Nadaun, India, moved to Canada in 2009 as an international student eager to study Marketing. In the five years between arriving in North America and realizing that he wanted to work for some kind of charity, he accomplished a lot professionally. He had a career in advertising and marketing, working for both small and large companies, and even started his own agency.

But at 27, he made a promise to himself. â€œI decided to quit at 35 so I could devote 50% of my time to a non-profit organization,â€ he says. “The other 50% I’m going to do something where I can still make some money, but I’m not tied to that.”

Recently 35 years old, Soni has achieved this goal. He can comfortably leave his old job behind and devote more time to a charity he builds. But it is not only the money saved that allows him to do so, it is also a significant stream of passive income that he has built for himself.

From 2018 Soni started investing in real estate. He now owns seven different properties that generate regular and recurring income each month. However, buying a property is not an overnight decision. It took time to save his initial down payment, and strategic choices to maximize his investment.

He realized that real estate would help him reach his goals faster than other investment options.

From 2013 to 2016, before investing in real estate, Soni put a large chunk of his money in a term account in India.

Similar to a term deposit or certificate of deposit, he was drawn to the high interest rates offered by these specialized accounts. In Soni’s case, it was 7-8%. â€œMy goal was to: earn money, send money overseas, make sure I keep getting those 7-8% returns,â€ he explains.

But soon he realized that he could achieve his goal more productively through real estate. â€œI realized that the appreciation of the property is much more,â€ he says. “Not only do you earn equity, but you also earn asset appreciation.”

Although using the term deposit account had served him well for some time, he knew that switching to real estate investing was a better option for his long term goals. â€œThe money overseas that I saved for three years before moving into the properties,â€ he says, â€œthe return there was very low.â€

He lived frugally while increasing his income

When Soni was saving for a down payment for his first property, he knew he needed to maximize his income while minimizing his expenses. “Was I able to afford a unit on my own?” Yes, â€says Soni. “But I didn’t want to do it because I wanted to make sure I had enough savings to invest and prepare for my future.”

Soni has lived frugally for years, especially enjoying living with roommates far beyond the point where he could afford to live on his own. He also worked – almost constantly – for years. Outside of his job in advertising and marketing, he spent his weekends doing telecom and internet sales.

â€œMy motto was: my expenses should be paid for by the work I do on the weekends, and my full-time job was spared 100%,â€ he told Insider.

By making sure his weekend job covered these expenses, Soni was able to put aside almost everything from his corporate job where he earned over $ 100,000 CAD, saving around $ 5,000 to $ 6,000. per month.

He made smaller down payments and then refinanced his loans

â€œI chose to pay 3% more on property insurance because I wanted to use that extra 10% and reinvest it in another property,â€ he says. In the United States, buyers who do not pay 20% are required to purchase private mortgage insurance; the situation is similar in Canada.

He was then able to take the remaining $ 55,000 of his savings and invest it in other properties. He bought his next two houses directly from the manufacturer and was able to agree with them. â€œI paid $ 20,000 in advance for the [second] property, â€he explained.â€œ And then $ 1,000 a month, which wasn’t a burden to me. ”

When he bought his third house in May 2019, the builder asked him to put 10% on it as well. This initial payment was approximately $ 50,000. To pay for this, he used the rest of his original $ 100,000 plus more money he had saved between his first purchase and then. He also bought his fourth house with some of that money saved.

Now, in an effort to continue buying properties, he is taking advantage of refinancing his mortgages to free up equity in his homes.

â€œI bought my fifth and sixth property after refinancing my first and third,â€ he explains. He just bought his seventh house with a business partner. Of all his properties, he lives in one, rents four and the last two are still under construction.

He is now building wealth

On the four properties he leased, he makes a profit of about CA $ 3,600 per month (that’s just under US $ 3,000 in US dollars). Once the last two are built and rented, he expects that number to increase.

But he’s not just going to pocket the money from his rentals. â€œThis money, I’m going to use it to buy more properties,â€ he explains.

When Soni set a goal of devoting 50% of his time to charity, with the other half going towards something that would help raise money, he wasn’t sure what that other thing would be. . Now he knows: he’s building a real estate company.

Speaking of his plan for the next three years, he describes big goals. â€œBy the time I’m 38, I want to make sure my real estate company is automated,â€ he explains, saying he wants to have recurring income while being more self-sufficient. â€œOn a personal level, I want to access at least 10 properties over the next two years. ”