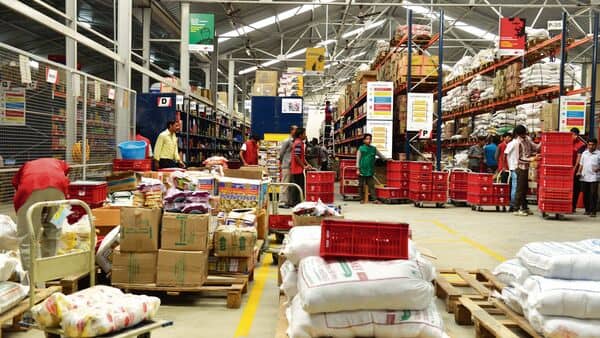 Rising prices have hit our poorest

High inflation due to supply-side pressures has been one of the biggest pain points of 2021 across the world. In India, expensive vehicle fuel has also entered the mix, petrol and diesel crossing ₹100/litre in several cities. Households were the hardest hit as wallets were strained. As many as 76% of urban Indians believe their household spending has increased in 2021, a sharp increase from 57% in 2020, the last YouGov-Mint-CPR Millennial Poll found.

Various expenditure items, including essential ones, came under pressure. Most people reported increased spending on groceries, utility bills, transportation, and health care. Every category became significantly more expensive in 2021 than in 2020. Fuel costs increased for 75% of respondents, more than any other item.

No wonder then, when asked to rank expenses by how much they cut their budget, fuel turned out to be the worst villain. But the impact varied by income level. A lower monthly income made it more likely to struggle to pay essential bills, while wealthier groups were more likely to be squeezed by rising medical expenses and the costs of luxuries and consumer goods.

The latest round of the bi-annual survey covered 12,900 respondents in 206 cities from November to December 2021. It was the seventh such survey conducted jointly by the India arm of global market research firm YouGov, Mint and the Delhi-based Center for Policy Research. (CPR). About 45% of the sample were millennials, one-third post-millennials (aged 18-24) and the rest pre-millennials (40+).

Ahead of Budget 2022 next week, survey results show a disturbing glimpse of how the first and second waves of covid-19 have left a long trail of income and inflation pressures on Indian households .

Nearly 60% of respondents attributed their bloated budget to an increase in the cost of living. But another reason behind the crisis could be the reshuffling of incomes and its stark inequality. People who were already earning less were much more likely to lose even more pay last year. On the contrary, almost half of the people in the high income groups have seen their wages increase, while the same is true for only 29% of those in the lowest income category.

Moreover, a significant minority of respondents in all income brackets – about 40% – reported no change in their monthly income.

This shows how the poorest in India’s income pyramid have been particularly affected by inflation. Although employment figures have improved since the first lockdown, the distress has not completely disappeared and remains uneven.

Most respondents (81%) claimed to have experienced some form of financial difficulty in 2021, and the main explanation can be attributed to inflationary pressures. The less you earn, the more you are likely to encounter financial difficulties.

The biggest casualty of this inflation puzzle has been the ability to maintain planned savings and investments, with 44% of the 7,869 workers surveyed saying they struggled to do so. Since savings are a hedge against future crises, the impact on household purchasing power could last longer than 2021 if incomes do not increase substantially.

There is hardly any silver lining: while two out of three respondents expect their income to rise in the coming year, those on low incomes are more likely to expect lower income (12%) than high income earners (6%). Worse, income insecurity is set to continue for longer: 84% of those whose incomes rose in 2021 expect them to rise further in 2022, but of those whose incomes fell, only 47% s are expecting a rise.

The new reality of working and studying from home has shifted the focus to electronic shopping. One in three respondents plan to buy a gadget or laptop in the coming year. Purchases of other durable consumer goods are expected to be limited, similar to 2020.

Indexes of inequality in how Indians view inflation pose a challenge to policymakers as they navigate the lasting household distress left by the pandemic.

This is the fourth in a five-part series on data journalism based on the biannual YouGov-Mint-CPR Millennial Survey. The final part will appear on February 9.

the first part focused on the big labor market turnover last year, the second part examined the upward trend in investment among young Indians, and the third part explored the political partisanship seeping into urban India.

* Thank you for subscribing to our newsletter.

14,000 students could receive monthly payments of $500 for up to five years under the proposal