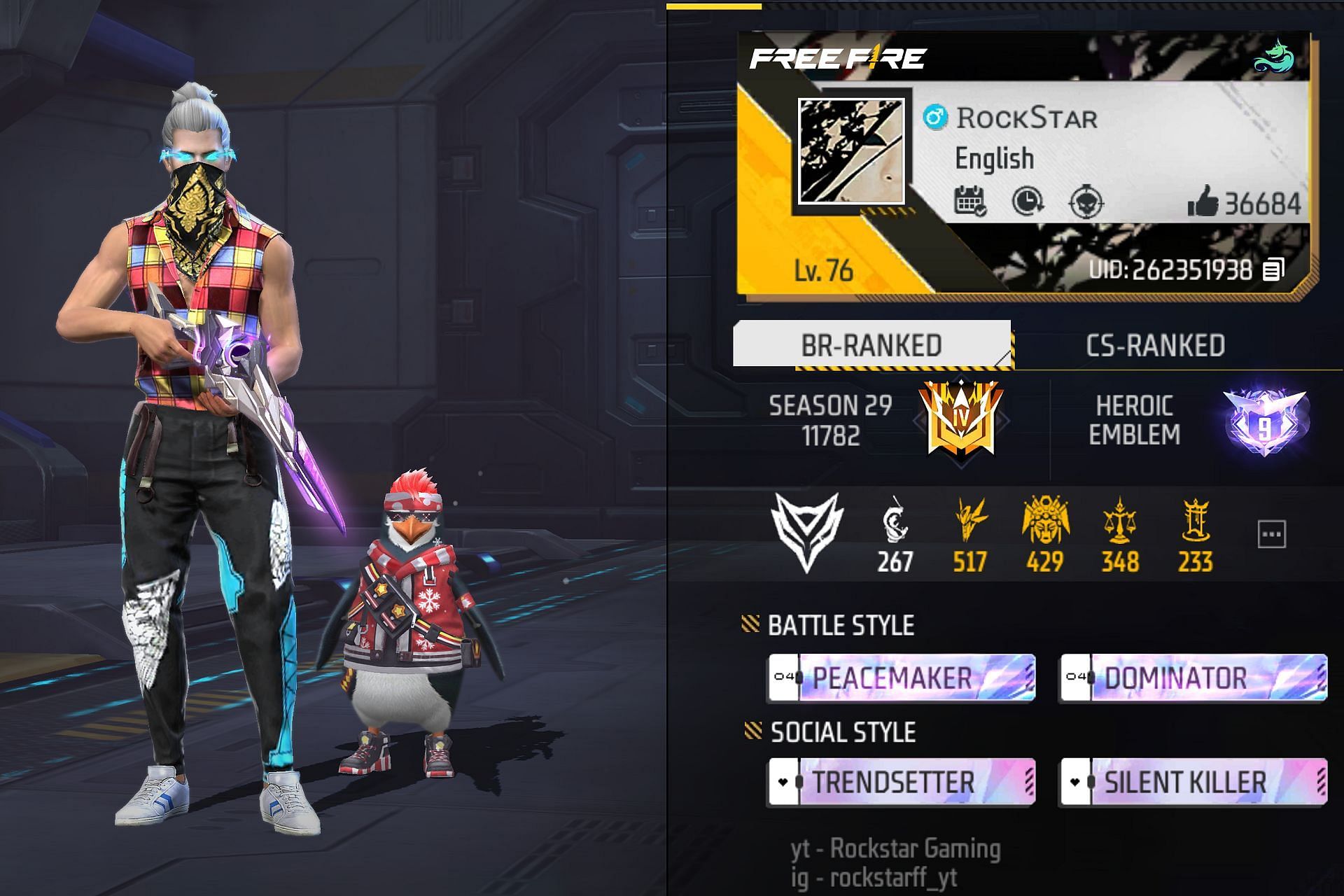 Rockstar Gaming is well known for its Free Fire content on YouTube. Majority of the videos it uploads are YouTube shorts and other similar short clips.

Rockstar Gaming has had two duos matches in the current ranked season but hasn’t picked up any wins. He racked up three kills and two headshots, bringing his K/D ratio to 1.50 and his headshot percentage to 66.67%.

Note: Rockstar Gaming Free Fire MAX stats recorded at time of writing (August 20, 2022). They are subject to change as he plays more matches.

Rockstar Gaming’s oldest YouTube video was released in October 2020. Since then, it has uploaded a wide range of videos. He now has 426 uploads to the channel.

According to Social Blade, Rockstar Gaming has seen significant growth over the past 30 days, acquiring 450,000 subscribers and 51.038 million views.