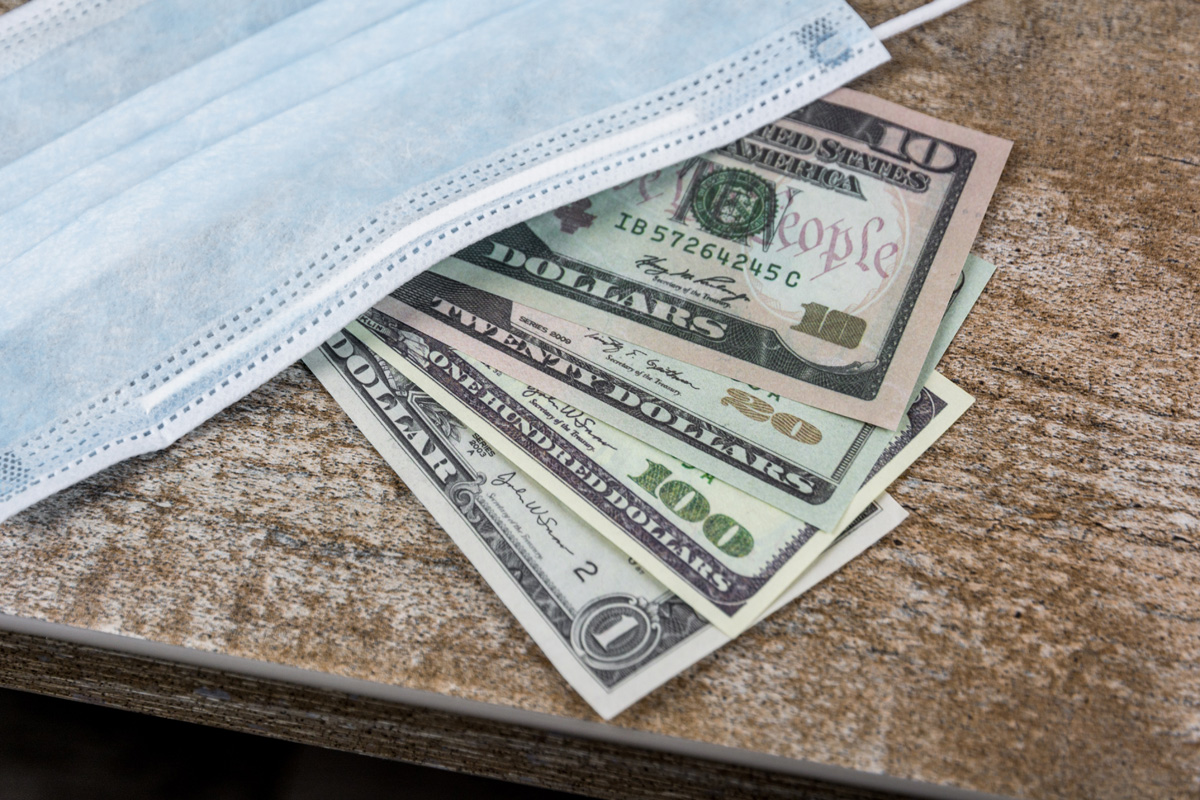 Burks underwent surgery in October 2016, followed by more than a month of almost daily radiation. She has no cancer now, but has to undergo regular screenings every year.

Burks said she had insurance with her employer, an 80/20 plan. This usually means that an insurer takes 80% of a medical bill, letting the patient pay 20% until they reach a maximum amount. For Burks, that meant thousands of dollars in medical bills and a deluge of paper. At one point, Burks said she was receiving bills from at least five different health care providers who played a role in her cancer treatment, including St. Dominic. For Burks, the invoices weren’t always clear and some appeared to be duplicates.

“It’s like every department that touches your body, you owe them,” Burks said. “… It almost drove me crazy to try to juggle everything, to steal Peter to pay Paul.”

Burks said she set up a payment plan with St. Dominic – each month the hospital automatically took $ 50 from her bank account. It lasted a year. Then a few months passed. Burks said she noticed St. Dominic stopped writing from her account.

When she contacted St. Dominic, Burks said, the hospital told her that her payment plan was supposed to be reassessed every year. Burks said she asked to resume the plan, but was told it was too late – her invoice had been sent to the collections and it was her fault for not contacting St. Dominic sooner.

“They have an advantage over you because you have so many hospital bills,” Burks said. “There’s a lot going on when you have cancer. You would think they wouldn’t take advantage of you like that, but they do.

Burks said she started getting calls from a local collection agent, Smith, Rouchon, & Associates. It sounded like harassment to her.

“They would call you everyday if you didn’t send them money,” Burks said, saying the debt collection company would call his cell phone and place of business. When she threatened to report them to the Better Business Bureau, Burks said the calls had stopped.

Burks wrote a letter to the court, explaining that she had x-ray appointments scheduled to see if her cancer had come back, but was now worried about going into more debt.

“I’m a cashless receptionist, living on paycheck after paycheck,” the letter said. “… I want to live, and these tests play a big role in whether I stay cancer-free … what should I do?” “

What really annoyed Burks was the over $ 1,600 in legal fees.

“It’s more than what I bring home in a month,” she said.

Burks said she had been a full-time receptionist for almost two decades and provided a copy of her pay stub to MCIR. The bi-weekly pay stub showed that she made $ 1,375 in a normal pay period, but after taxes and other deductions, she made less than $ 600 at home, which included almost nine hours of overtime.

Her payslip shows that almost half of her paycheck goes towards paying for health benefits, which Burks says covers her husband as well.

The debt collector’s lawsuit against Burks appears to be in limbo. Burks said she and her husband were able to work out a payment plan. Instead of paying St. Dominic $ 50 per month, Burks said she now pays Smith, Rouchon & Associates $ 85 per month, which added additional fees.

She only recently recovered her debt to the amount it was in October 2018 when Smith, Rouchon & Associates sued her. When she checked her balance in June, Burks said she still owed more than $ 4,100.

Burks said she is undergoing scheduled treatment at St. Dominic for her breast cancer, but after this year Burks will be done with that care – and with St. Dominic. She never wants to return to Saint-Dominique, and it’s not because of the quality of care there.

“It’s because of the billing.

Burks said she will need to undergo regular screening for the rest of her life to make sure her cancer has not come back. Burks is 59, but with thousands of dollars in medical debt to pay off, she’s not thinking about retirement. Instead, Burks said she now spends a few hours every Thursday and Friday night cleaning the building where she works as a receptionist for extra money.

Burks is not the only St. Dominic patient still struggling with the financial impact of a hospital visit.

“The Good Lord will take care of me”

Patty McDaniel is now 62, still working full time, and still in pain from the 2014 car accident. Every three months McDaniel said she sees a doctor for pain relievers. She expects to need treatment for the rest of her life, which means more bills.

Her insurance deductible has increased in recent years, she said, and it is now $ 6,900.

McDaniel eventually got a monetary settlement from the teenage driver’s family in the 2014 crash. It was big enough to cover all of his medical bills, but it came too late. Saint Dominic’s debt collector had already sued her and she had already declared bankruptcy.

The settlement was linked to his bankruptcy proceedings. In the end, McDaniel said there was less than a quarter left.

McDaniel doesn’t want to work more than a few years. When asked about her retirement plan, McDaniel said it was about Social Security and the “That’s it” prayer. It is all I have. Social security, whatever they pay me, and the good Lord will make up the difference.

When asked if she had anything else to say about St. Dominic, debt collectors and bankruptcy, McDaniel said she just wished people had more sympathy.

“Businesses, your doctors or hospitals, they should be working with people. Don’t deny what we’re trying to pay them, ”McDaniel said. “… They should put themselves in other people’s shoes. What if you were the one who had to pay all these bills and someone told you, “I can’t take this”? It’s just crazy.