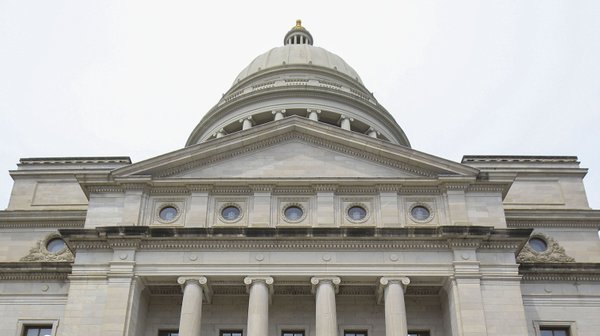 Arkansas general revenue in October rose $ 69.5 million or 12.3% from the same month a year ago to $ 634.9 million, the Department of Finance reported Tuesday morning. and State Administration.

Collections for the month were $ 17.6 million or 2.8% higher than the state’s forecast, which was increased last month for fiscal 2021, which ends June 30. Increases in general revenue from collections have been widespread, the finance ministry said.

Tax refunds and some special government expenses are removed from the top of the total collection, leaving a net amount that state agencies are allowed to spend.

Last month, the Department of Finance and Administration increased its forecast of net general revenue for fiscal 2022 from $ 246.2 million to $ 6.11 billion, projecting a surplus of $ 263.2 million. dollars against the fully funded Income Stabilization Act, and asp increased its net general revenue forecast. in fiscal year 2023 from $ 298.5 million to $ 6.45 billion.

Earlier this year, the General Assembly and Governor Asa Hutchinson enacted a Fiscal Year 2022 Income Stabilization Act totaling $ 5.849 billion, including an allocation of $ 17.1 million to a restricted reserve account. Income stabilization prioritizes the distribution of general state revenues to state-supported programs such as public schools, colleges and universities, and social service programs.

Hutchinson has yet to set a date for a special session to consider the income tax cuts, but will not convene a special session until November 29, Hutchinson spokeswoman Shealyn Sowers said last week. . Legislative leaders said they agreed with the governor on proposed income tax cuts that are expected to reduce the state’s general revenues by about $ 500 million per year, after they are implemented. complete in several years.

Last month, Hutchinson and some lawmakers said they believe Arkansas can afford to cut personal income taxes by more than $ 300 million over the next two years without negatively affecting critical utilities. in light of the new revenue projections.