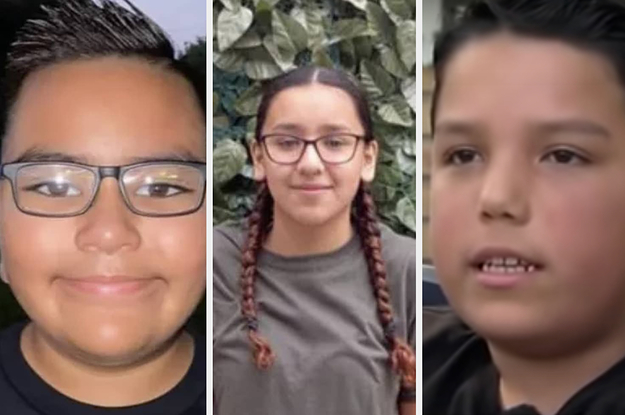 Surviving Uvalde Students Use GoFundMe for Therapy and Medical Expenses

“I played dead so he wouldn’t shoot me,” Samuel said. “He shot my teacher and then he shot the children. … I think he was aiming at me. I guess one of the chairs was there so she blocked it and pieces [fell] in my leg.

In addition to his injury, Samuel is also struggling emotionally to deal with the attack.

“I don’t feel safe going to school,” he told ABC News. “I feel hurt and sometimes at night I have nightmares.”

His father, Christopher Salinas, organized a GoFundMe for her son’s “medical bills and emergency funds for anything he needs during this time”.

Salinas wrote that Samuel was recovering and the family’s goal was to help him “get through this tragic time as healthy as possible.”

Another shooting survivor spoke to the washington post Wednesday of seeing his teacher get shot.

“She had blood on her, but she was whispering, ‘Keep calm. Stay where you are. Don’t move,'” recalled the fourth-grader, whom the Post identified as Daniel.

Daniel’s mother, Briana Ruiz, told the Post that her son has since had nightmares and lost interest in his usual hobbies. Daniel’s cousin, Ellie Garcia, was one of the 19 victims.

Daniel said he used to play fighting video games like Fortnite and War Game, but hadn’t been able to touch his gear since the shooting.

In a statement to BuzzFeed News, a GoFundMe spokesperson said hundreds of thousands of donors from the United States and around the world have raised “millions of dollars for the families and community of Uvalde.”

“We are working around the clock to ensure that families receive the support they need and that funds flow quickly and securely,” the statement said.

In a Facebook post On Wednesday, Community Heath Development, a community center in Uvalde, wrote that it was looking to address residents’ long-term grief.

“The CHDI family mourns the loss of many family members in yesterday’s massacre,” the post read. “We are praying for everyone as we plan to meet the need for long-term grief counseling. We ask for your patience as we grieve and coordinate a united response to help our community.”

Friday, Governor Greg Abbott promised that survivors of the Uvalde shooting would receive free mental health services, but many remain skeptical after Abbott recently cut the budget of the State Department that runs mental health programs.

“The kid who came home, luckily he’s here,” Daniel’s mother, Ruiz, told The Post. “But mentally and emotionally, part of that kid that left their house that morning never came back with them.”

‘Government. must immediately find another $5 billion for day-to-day expenses” – The Island