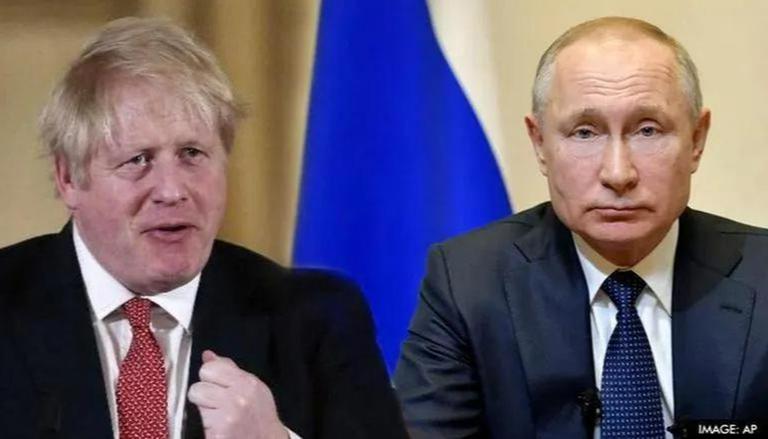 ‘The UK is unable to break its habit of living at the expense of others’: Russian Duma speaker

The speaker of Russia’s State Duma (the lower house of parliament) Vyacheslav Volodin said on July 2 that the UK “seems unable to break the habit of residing at the expense of others”.

The largest economy in the world at the time – the UK – accounted for 25% of global GDP, Volodin noted.

“London is seeking to convince Europe of the need to fight Russia to the last Ukrainian, saying that efforts to settle the conflict in Ukraine will only lead to growing instability in the world. United to live at the expense of others is the reason, which the country seems unable to break,” Volodin wrote on Telegram.

He added: “London is trying to take every opportunity to assert itself. One day it withdraws from the European Union, then the next day it seeks alliances with the Russophobic regimes in Poland, the Baltic States and in Ukraine, to be a leader somewhere.” Volodin went on to say that colonial revanchism will lead to no good and the British Empire will perish forever.

Meanwhile, powerful explosions rocked the Ukrainian city of Mykolaiv. The mayor says the incident happened on July 2, a day after authorities reported that at least 21 people were killed when Russian missiles hit a building near the Black Sea port of Odessa . Explosions destroyed part of a building as residents slept on July 1, the latest in a series of what Ukraine claims are Russian missile attacks on civilians.

In his July 1 nightly video address, Ukrainian President Volodymyr Zelensky condemned the strikes as “a conscious and deliberately targeted Russian terror, not some kind of mistake or a chance missile strike.” According to Kyiv, Moscow stepped up its long-range missile attacks, which targeted civilian targets far from the front lines. Russia claims to have targeted military bases.

In addition, the leaders of the Group of Seven (G7) and the North Atlantic Treaty Organization (NATO) met last week, and the allies pledged to continue supporting Ukraine for as long as necessary, calling the Russian invasion a bigger threat. to peace and stability in Europe and beyond.

Arizona teenager in need of life-saving transplant; the community steps in to raise funds for expenses

Daily horoscope July 4: Scorpio, Pisces must rationalize their expenses, know the other signs of the zodiac