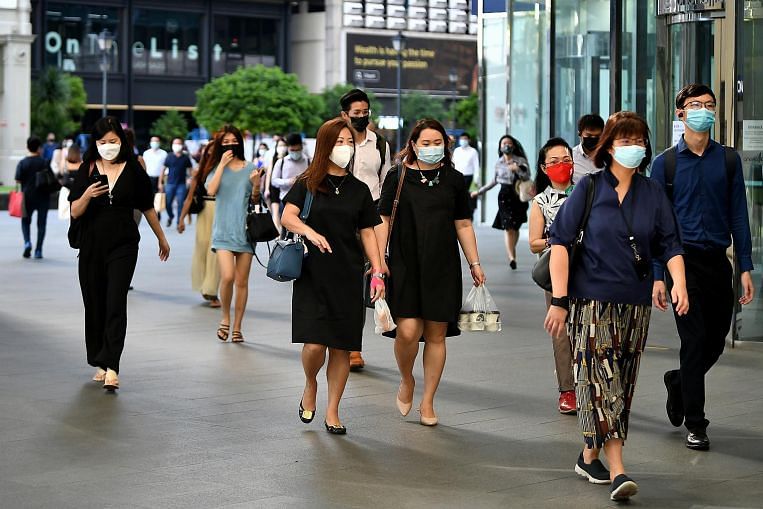 SINGAPORE – For Singapore to be truly innovative, it must make education and health a major exportable service, digitize its economy from start to finish, and take the lead in Asia in green economy.

Speaking on “An Innovative Economy” at the Institute of Policy Studies (IPS) of the Lee Kuan Yew School of Public Policy (LKYSPP), Monetary Authority of Singapore Managing Director Ravi Menon said that some measures could be taken, including increasing the qualifying wages of foreign workers here, as well as putting an end to discriminatory hiring practices.

This was the second of four lectures he is giving as the ninth IPS SR Nathan Fellow. The scholarship advances research on public policy and governance.

The Oxbridge and Mayo of Asia

Mr. Menon cited education and health as two areas that can be transformed into major exportable services.

“Can Singapore be the Oxbridge of Asia for education and the Mayo of Asia for health care?”

“Given the confidence premium Singapore enjoys and the high quality of our education and health systems, coupled with the rise of a more demanding Asian middle class, the stars might be aligned for such a fulcrum.”

The export intensity of the country’s education and health services, he observed, has not improved over the years.

In 2017, around 13% of the output of education services was exported, slightly more than the 12% in 2010; while the intensity of health services exports fell from 15 to 10 percent during this period.

He added that Singapore cannot be a low-cost, high-wage economy.

Citing studies which show that countries with high labor costs can also be very competitive, he said: pay for better domestic services.

“It won’t be easy and the transition needs to be managed carefully. But it’s worth a try.”

“It means taking a risk-based approach to regulating new technologies. Regulators need to keep pace with innovation, but regulation itself should not be ahead of innovation.”

He stressed the importance of transparency to foster confidence in a digital economy. Users, he said, should be given a clear explanation of what data is used, how it is used, as well as the consequences of decisions made using the data.

Authorities should also seriously consider making basic cyber hygiene mandatory for all businesses engaged in the digital economy, he said, calling for actions such as prompt installation of security patches and encryption. data “as essential as fire safety requirements”.

The Republic’s two-pronged talent strategy – developing a strong Singaporean core while attracting overseas talent to complement the workforce – is strained by growing locals’ dissatisfaction with the competition from foreigners for employment, Menon said.

He warned that the country’s value proposition as an innovative business center would be “at serious risk” if it restricts the flow of talent. But the concerns some Singaporeans feel about the influx of foreigners are real and need to be addressed as well, he said.

“We need to resolve this emotional divide … Singapore cannot afford to be seen as lacking in opportunities for our own citizens or as unwelcoming to foreigners.”

He cautioned against tightening EPs at the top end, as it could result in the loss of adjacent local jobs.

Indeed, highly skilled employment pass holders tend to create jobs for locals by facilitating business expansion into new areas, rather than substituting for them, he said.

“Rather than restricting the influx of foreign workers and thereby restricting business growth and employment opportunities for locals, we could consider directly punishing those in the business who have engaged in discriminatory recruitment.” , did he declare.

Such measures could include the imposition of financial penalties, reduction of bonuses and the freezing of promotions.

Mr. Menon pointed out that being an international hub is the only way for a small country like Singapore to aspire to first world living standards.

“We can accept this as long as the foreigners who come here are of high quality, help develop economic activity and thereby help create employment opportunities for Singaporeans … and Singaporeans are always treated fairly.”