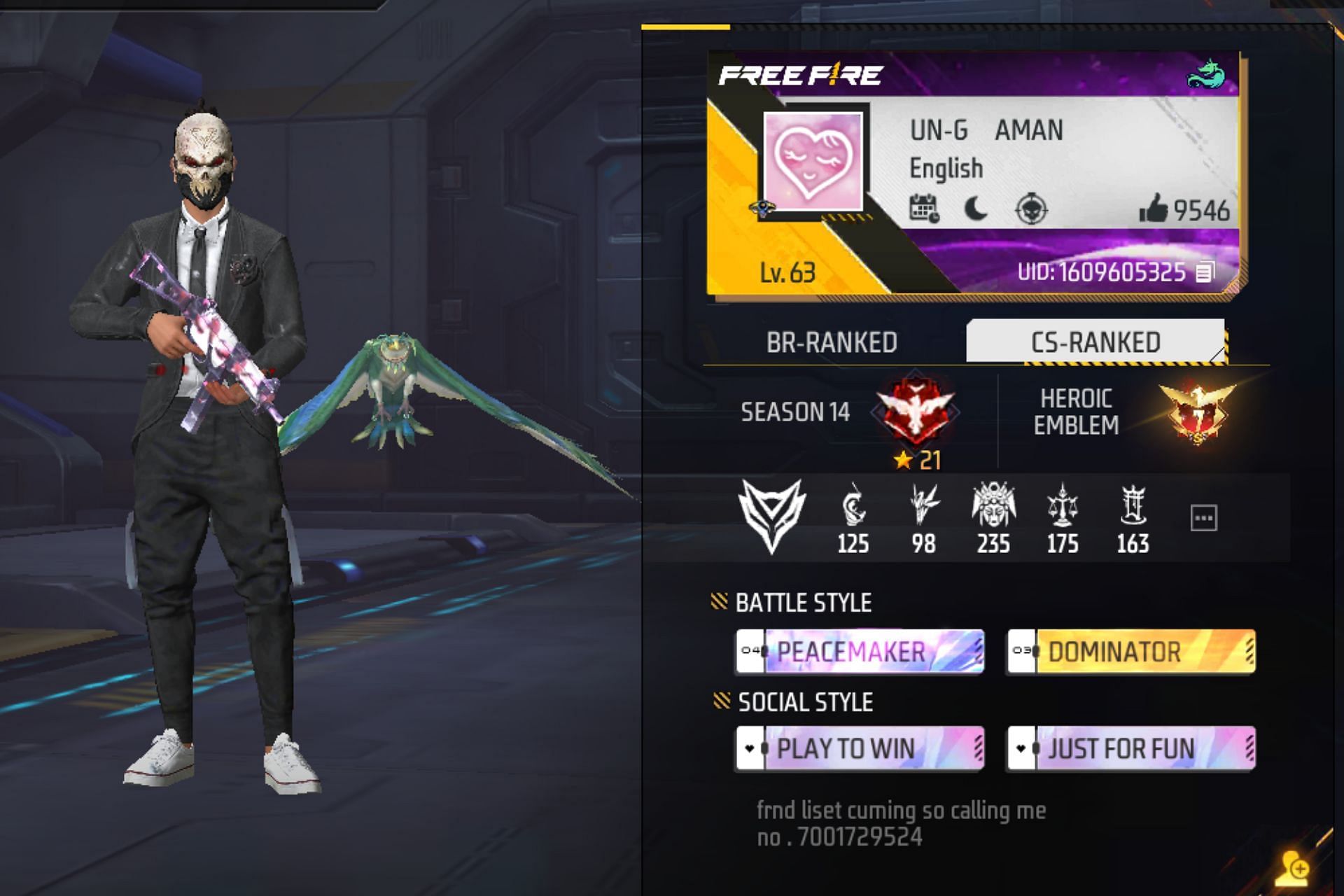 The popularity and huge viewership of Free Fire has greatly helped content creators like Aman (aka Ujjain Gang) establish themselves in the gaming community. The Indian YouTuber has 1.81 million subscribers on his channel less than two years after starting his journey.

His main content includes pranks and gameplay videos along with his commentary. Apart from the channel, the player also commands 31.3 thousand followers on his Instagram account.

Ujjain Gang’s Free Fire MAX ID is 1609605325. The YouTuber is rated Diamond 2 and Heroic in BR and CS modes respectively.

His stats in the Battle Royale title are as follows:

Ujjain Gang has been in two solo matches but has no eliminations or wins yet.

He made five appearances in duos matches to get 11 kills as well as four headshots to maintain a 2.20 K/D ratio and 36.36% headshot rate.

Aman has also played in ten team games this Free Fire MAX ranked season and has two wins, which translates to a 20% win rate. He totaled 52 kills, including 11 headshots, ensuring a K/D ratio of 6.50 and a headshot rate of 21.15%.

Note: Ujjain Gang’s Free Fire MAX stats were recorded on August 26, 2022 and will change as he appears in other games.

Aman launched the Ujjain Gang YouTube channel in October 2020. Over the years, he has consistently uploaded videos to the channel and surpassed one million subscribers in the second half of 2021. He is currently approaching the two million milestone subscribers.