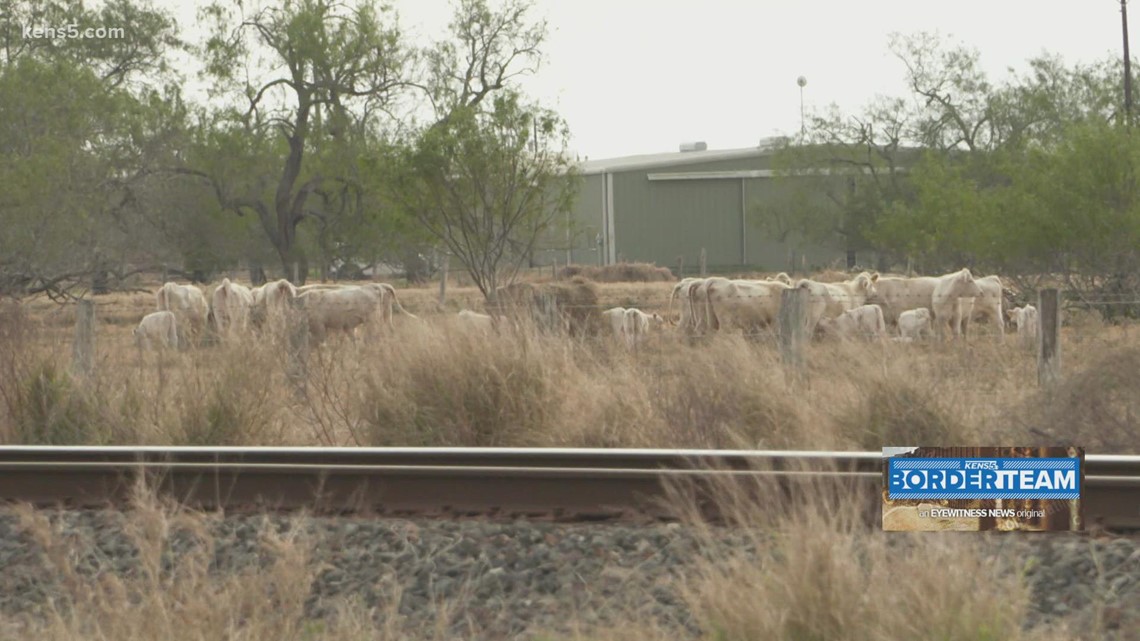 ‘We couldn’t afford to foot the bill to do what’s necessary’: South Texas county gets state dollars to recoup border crisis expenses

Kenedy County officials say addressing migration challenges has become a top priority — one they hope Governor Abbott will help with.

SARITA, Texas – If you’ve driven to South Padre Island, you’ve been in Kenedy County. Maybe you just didn’t notice it.

There is no place to stop, no gas station, no restaurant. Just the highway, the ranches, and 350 people.

“When it’s raining and it’s green and the country is packed, I tell you, we live in paradise,” said Kenedy County Judge Chuck Burns. “If it’s drought and it hasn’t rained in a while (and) everything is brown, I’ll tell you we’re living in hell.”

Burns knows this area better than anyone. He is a fifth-generation Kenedy County resident and rancher.

Burns has a vested interest in what is happening in Kenedy County. So, he became a judge last summer, filling a vacant position. This year, he is running to officially take the seat. When he accepted the job, he expected it would involve the typical duties of a county judge. There is one, however, that took him by surprise.

“We have an expense to recover dead bodies which is very unforgiving ground here,” Burns said. “Some of these people don’t make it. We encounter more bodies, for lack of a better way to put it.

Burns told KENS 5 he didn’t expect he and the county to be in the business of recovering bodies.

“It wasn’t on my radar, to tell you the truth,” Burns said.

The judge speaks of bodies of suspected migrants heading north from the US-Mexico border.

“There’s no reason for them to stop here,” Burns said. “They’re coming to the rest of Texas in the United States.”

“I’ve lived here all my life and I understand the plight of people who come here and how dangerous it is,” he added. “But in terms of the magnitude of the numbers we were seeing and as quickly as they were growing, when I took over I didn’t expect it to be on my radar as something I have to really pay to pay, really.”

Burns told KENS 5 that body recovery operations come with additional expenses, including paying for an autopsy, for example.

“The numbers can skyrocket very quickly,” he said. “There’s no way we can afford to foot the bill to do what’s needed in this area. So it was very imperative for me to ask for help and not neglect my responsibilities.

Kenedy County is one of 53 states in Texas that have signed border traffic disaster declarations and submitted them to the governor’s office.

“Kenedy County has suffered severe damage, injury, loss of life and property due to the imminent threat resulting from immigrants using Kenedy County as a corridor for the transportation of weapons, drugs and human trafficking. human beings,” the local disaster declaration reads in part. .

Burns also provided the state with estimates of how much money his county would need to recoup various costs associated with the migration.

According to documentation it provided to KENS 5, last summer the county completed what is called a border cost estimate form, which detailed in the state county expenses, including the need for specialized all-terrain vehicles, overtime for telecommunications officers “due to the surge in the border crisis”, and recovery of the body, including moving costs, d autopsy and funeral.

“We have a responsibility to fix the problem,” he said. “We can’t stick our heads in the sand.”

Judge Burns told KENS 5 that in recent weeks the state has awarded Kenedy County more than $700,000.

If the county needs more, Burns said he would ask for more.

“We’re still kind of a gateway to the rest of Texas as well as the United States, we think it’s important that we do our part,” he said.

Burns explained how this grant works: the county must be reimbursed by the state for border-related expenses.

The county is now going through the horrific task of counting the bodies of the suspected migrants it manipulated for reimbursement.

Axele TMS announces the integration with Triumph Factoring and