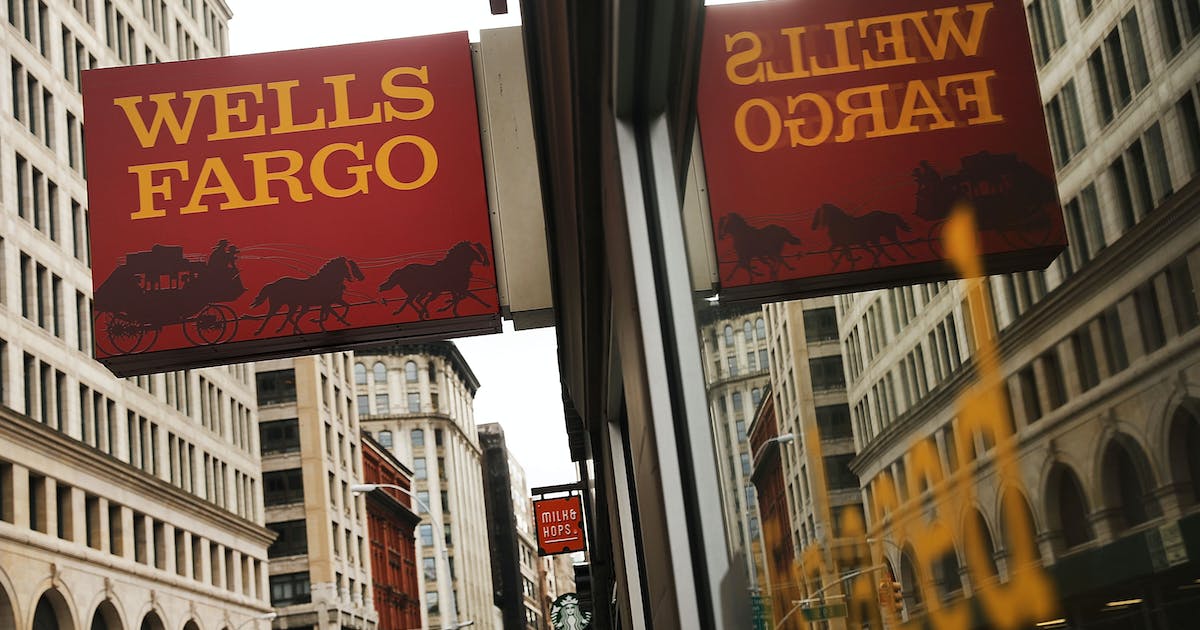 The San Francisco bank earned $3.1 billion in the period, or 74 cents per share, less than the 80 cents per share forecast by analysts polled by data provider FactSet. Revenue was $17 billion, down 16% from a year ago and below Wall Street’s forecast of $17.5 billion. The bank had revenue of $20.3 billion and earnings per share of $1.38 in the same period a year ago.

However, investors seemed less concerned about the bank’s turnover and more impressed with an 8% increase in loan balances. Wells saw growth in personal and business loans and new credit card products.

This week, Wells Fargo launched its fourth new credit card this year and plans to offer several more rewards-based cards. The bank said its new credit card accounts were up more than 60% from a year ago and credit card spending was up 28%.

Wells’ revenue from its home lending division fell 53% in the quarter as the housing market cooled in the face of rapidly rising interest rates. Mortgage originations, including refinances, fell sharply in the quarter.

The Mortgage Bankers Association reported Wednesday that mortgage applications were down 14% from a year ago and refinances were down 80%. Sales of existing homes have fallen for four consecutive months, during what is usually the busiest time of the year in real estate.

Average long-term mortgage rates in the United States hit 5.51% this week and are expected to rise further as the Federal Reserve continues its aggressive measures to combat high inflation for four decades. Most economists expect the Fed to raise its key rate by at least another half a point when it meets later this month. Last month it raised the rate by three-quarters of a point, the biggest increase since 1994.

Wells reported an increase in interest income, which jumped 16% to $10.2 billion from $8.8 billion in the second quarter of last year. The bank said its non-interest income was down 40%, partly reflecting lower transactions and fewer companies going public. The bank wrote down $576 million in losses from its venture capital investments as the stock market continued to decline in the second quarter.

Like other big banks, Wells has also been adding to its loan loss provisions — setting aside $580 million to cover potentially bad loans in the event of an economic downturn. JPMorgan Chase, which reported lackluster second-quarter results on Thursday, set aside $428 million to cover defaults.

JPMorgan also announced on Thursday that its investment banking revenue fell about 60%.

Bank stocks have been hit hard this year as investors fear the Fed’s actions to tame inflation could potentially push the US economy into recession. A recession would mean that some Americans would lose their jobs and likely start falling behind on their loans. These fears more than compensated for the higher income that banks received from rising interest rates.

Despite Thursday’s gains, Wells shares are still down nearly 14% this year.

Wells is still trying to get out of strict federal guidelines that set its asset cap at just under $2 billion, hampering its ability to grow.

The Federal Reserve capped the size of Wells Fargo’s assets in 2018 after a series of scandals, including the discovery of millions of fake checking accounts that its employees opened to meet sales quotas.