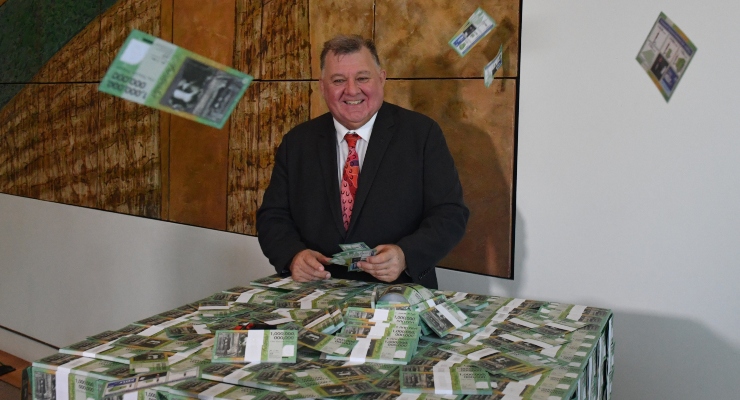 Recently released expense records reveal Craig Kelly eclipsed his previous spending on printing and communications as he fights for his political life.

Independent Liberal MP-turned-United Australian Party member Craig Kelly spent more than $ 112,000 of taxpayer dollars on printing and travel to the Gold Coast in the first quarter after quitting the Liberal Party to move to the lacrosse bench earlier this year.

The Independent Parliamentary Expenditure Authority this week released reported working expenses for federal politicians from April to June this year, including breakdowns of claims for travel, office and personnel expenses.

Craig Kelly’s biggest expense by far was $ 111,654 for printing and communications. He had spent less than $ 40,000 for each of the previous three quarters.

That expense was just behind Labor NSW MP Justine Elliot, who spent $ 126,000 on printing and communications.

Sign up for FREE to WebCam, Cam’s bimonthly newsletter.

Kelly, MP for Hughes – an electorate from south Sydney – also spent two trips to Coolangatta Airport on the Gold Coast for a total of $ 906.28 in fares. One was a same day round trip April 26, the second May 3-5.

As part of her travel allowance, Kelly claimed $ 552 for two nights in Southport for “Parties Duties & Outside Electorate Duties”. He did not claim anything else for the April 26 trip.

Kelly left the Liberals in February and announced last month that he was joining the United Australia Party, a political vehicle run by Clive Palmer – which owns homes in and around the Gold Coast.

Kelly’s booming spending shows her efforts to fight for her political survival. No longer carried by a major political machine in a seat held by the major parties for half a century, he turned to other means to get his word out.

Get your first shot of Crikey.

Help us continue the fight.

Get Crikey for just $ 1 per week and support the important work of our journalists to uncover the hypocrisies that plague our halls of power.

If you haven’t joined us yet, subscribe today to get your first 12 weeks for $ 12 and get the journalism you need to arm yourself against stupidity.

We spend millions a year on our former presidents, but why?